Team BirdCast monitors birds and their associations with hurricanes when we can, as they provide rare opportunities to study entrainment and displacement of birds (despite their often horrible devastation). Such storms are dangerous in the extreme, no matter what intensity, and Hurricane Harvey proves no exception. This storm is coming ashore as a Category 4 hurricane, very strong and very dangerous! This storm may fundamentally change the landscape of portions of the Texas coast for years to come.

For those of you birding from safe locations outside the path of this powerful storm, your observations will be important. Safety first, always, of course. In the graphics below we highlight the occurrence of several species of typically pelagic birds that are often associated with Gulf of Mexico hurricanes. This map will show reports of birds as they occur, we hope from people who are on high ground and safe.

Additionally, we show the approaching landfall of this powerful storm. In the imagery below we can see the eye of the storm in the reflectivity image. This is visible just to the east of Corpus Christi as the black spot. 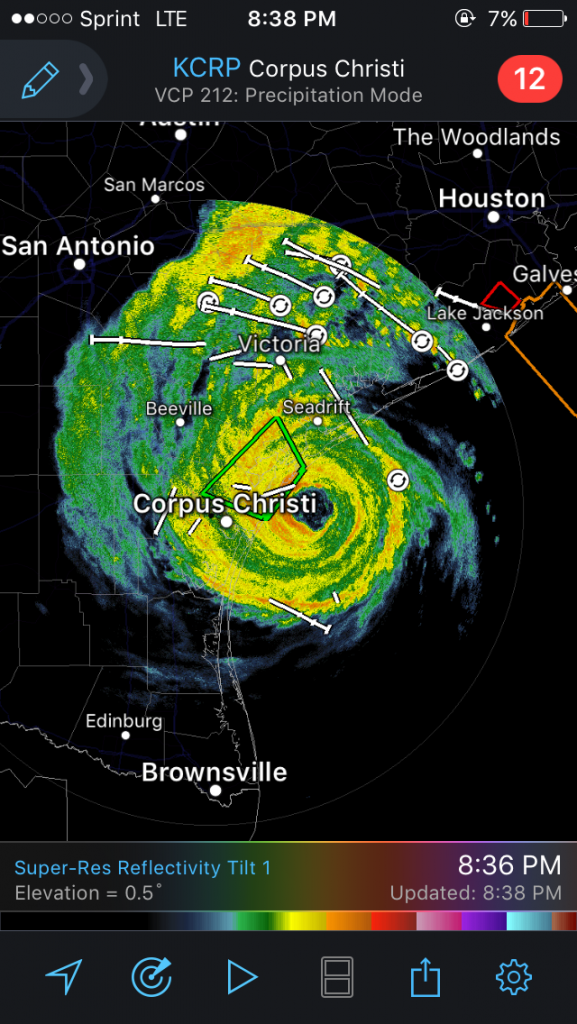 And amazingly (although we have seen this before and others have published on it), biological targets appear in the eye! Note the blue colors in an otherwise sea of red color to the east of Corpus Christi in the image below. This is characteristic of biological targets surrounded by bands of precipitation (some of which are heavy). These are almost certainly birds and insects (and perhaps some bats).

Note that this slow moving storm is likely to produce not only entrained Magnificent Frigatebird, Sooty and Bridled Terns, and perhaps Brown Noddy, Band-rumped Storm-Petrel, and Cory’s and Audubon’s Shearwaters; it also is likely given its slow speed and meandering forecast to displace near shore and coastal birds inland (like Royal, Sandwich, Gull-billed Terns), a pattern not often seen with faster moving hurricanes.

When conditions are safe for viewing, visits to large inland lakes (like Lake Texana and perhaps Choke Canyon Reservoir) are likely to yield a spectacle of entrained and displaced birds. But safety, above all, is the number one priority. 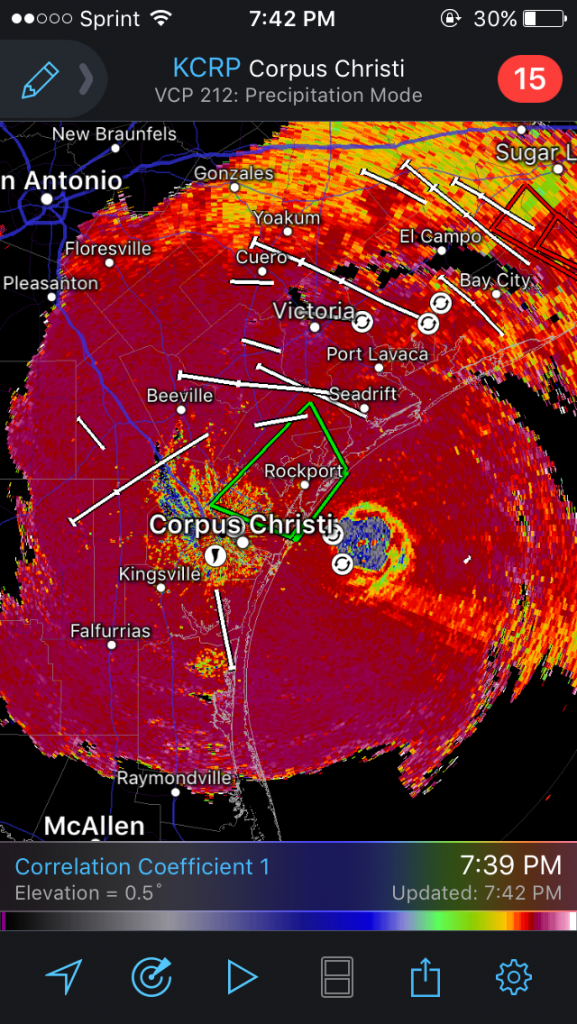