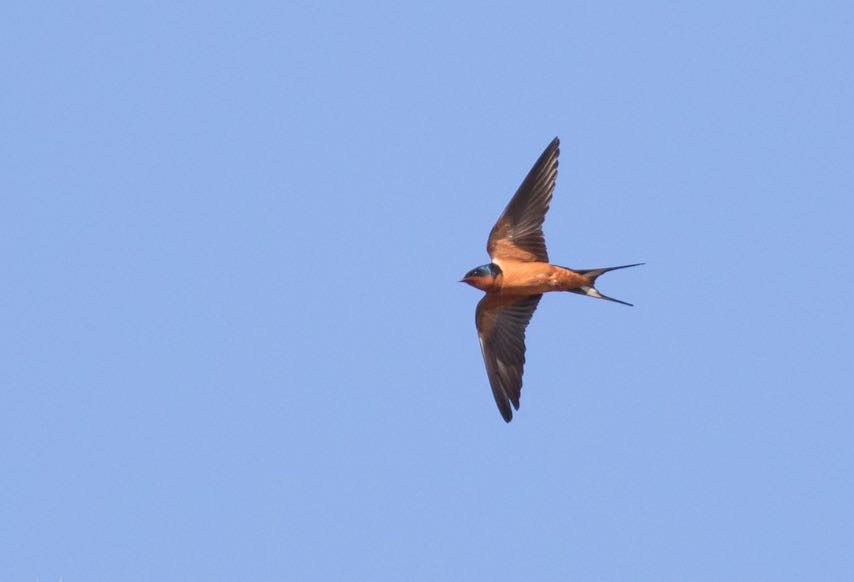 The West will see a mix of marginal migration conditions spawning scattered light to moderate movements featuring Caspian Tern, Cassin’s Vireo, Barn Swallow, American Pipit, Black-throated Gray Warbler, Savannah Sparrow, and Golden-crowned Sparrow, while light to locally heavy flights in the first half of the period and to end the period in the East will feature Sharp-shinned Hawk, Franklin’s Gull, Northern Rough-winged Swallow, Great Crested Flycatcher, Pine Warbler, Yellow-throated Warbler, Yellow-headed Blackbird, Orchard Oriole, and Field Sparrow. The forecast for late in this period also suggests the first significant chance for fallouts and concentrations of migrants along the Gulf Coast.

Favorable migration conditions kick off the weekend for much of the region away from the Great Lakes, and moderate to locally heavy flights are likely to be widespread. Birders in the Northeast should watch for concentrations of migrants on Saturday morning where precipitation and migrants over, particularly from Lakes Erie and Ontario east to the Atlantic Coast. A similar though less extensive pattern of this patchwork of precipitation and favorable migration conditions will continue around the region through Tuesday, and mostly moderate to locally heavy flights will also continue. As low pressure gets organized and moves out of the Plains and through the Northeast, much less favorable conditions arrive. Tuesday night will see a significantly less extensive and less intense set of movements, mostly along the coast. These cooler and less favorable conditions remain through the remainder of the period, with southerly flow and moderate flights returning by Friday night. 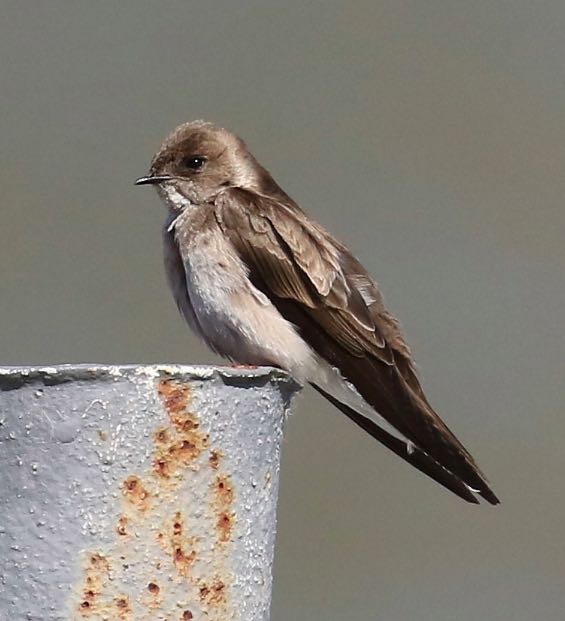 Scattered moderate flights will highlight the weekend, as low pressure passing and several disturbances around the region will make favorable migration conditions more local than widespread. As these pass, cooler air and northerly flow arrive, and migration will be generally light in these conditions to begin the work week. These conditions improve slightly during the remainder of the period, with another low pressure system moving through the southern Plains, but these conditions never become widespread. So migration will likely be scattered and light to locally moderate, especially in the northern and parts of the southern Plains. 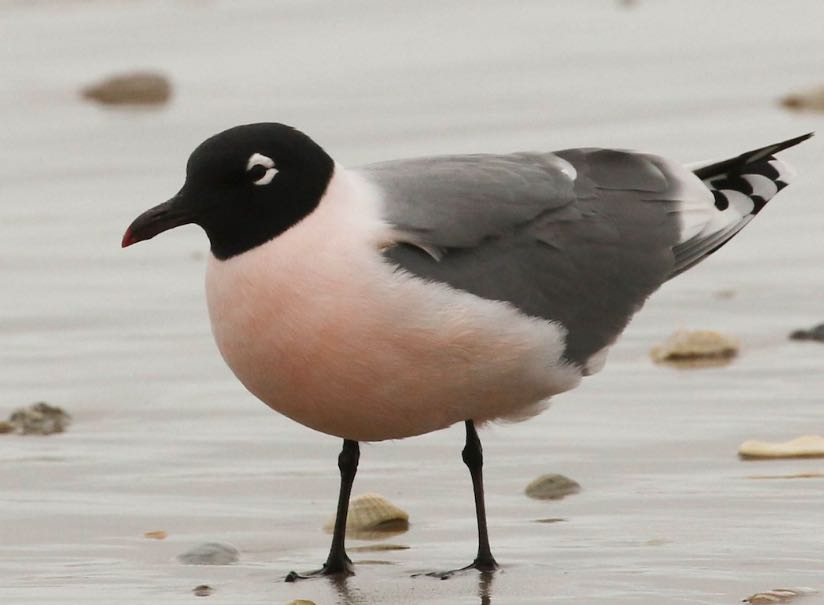 Moderate to heavy flights are likely for many areas of the region for the first half of the period. The extent of these movements will vary with local conditions, particularly in Florida and Texas. Additionally, a frontal boundary moving across the region may make for some excitement on Saturday in the western Gulf region; birders should watch carefully for potential concentration and fallout conditions for early spring migrants. A similar but less extensive possibility for such events occurs farther east on Tuesday and Wednesday, although the extent of precipitation does not look as favorable to create significant downing of migrants in many areas. Tuesday and Wednesday will see continued but more localized moderate to heavy flights close to the Gulf Coast, with another opportunity for concentration and fallout conditions (in particular circus-Gulf migrants and shorebirds) locally on Thursday along the Upper Texas and Louisiana coasts. This potential for concentrations and fallouts moves east to Alabama and the Florida Panhandle to end the period, and birders should watch closely. The current forecast imagery suggests that favorable conditions will occur for trans-Gulf migrants to encounter significant precipitation offshore. And while the frontal boundary associated with this potential spawns movements in the east of the region, less favorable flow quiets movements behind the front in much of Texas and Louisiana. 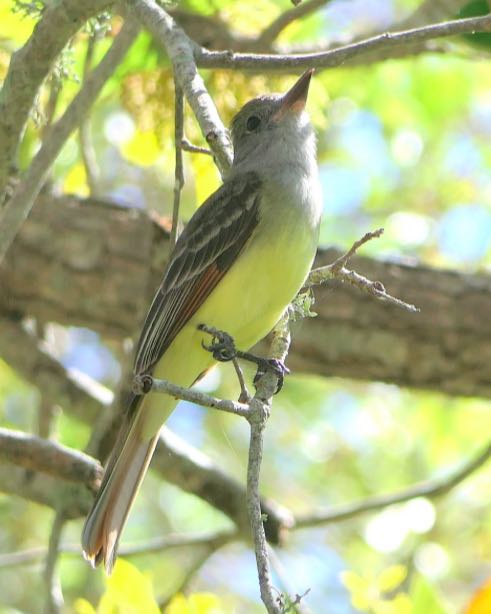 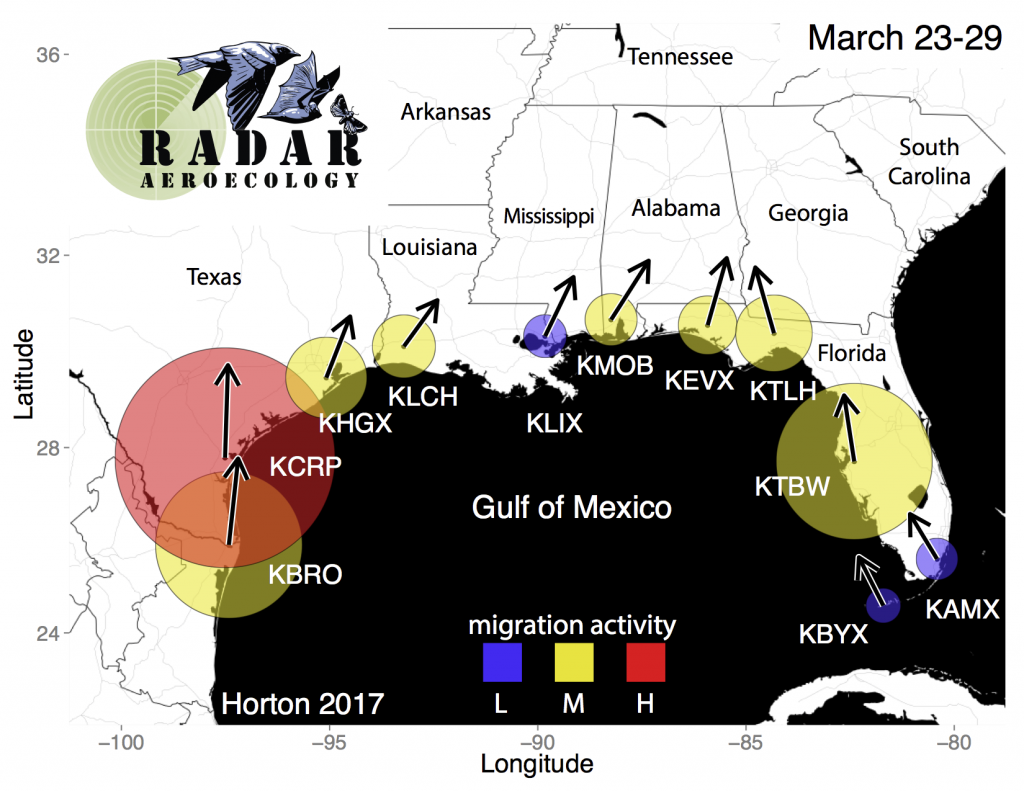 Weekly mean spring nocturnal migration activity and direction of movement in the Gulf of Mexico region for the week of 23-30 March, 1995 to 2015. Circular buffers around radar stations represent migration activity scaled to radar reflectivity (a measure of biological activity), with weekly activity represented by size scaled to the activity at KCRP Corpus Christi and seasonal activity represented by colors scaled to the most intense movements of the spring period (L: light, M: moderate, H:heavy); arrows represent mean track direction (a measure of the direction birds are traveling) derived from radial velocity. 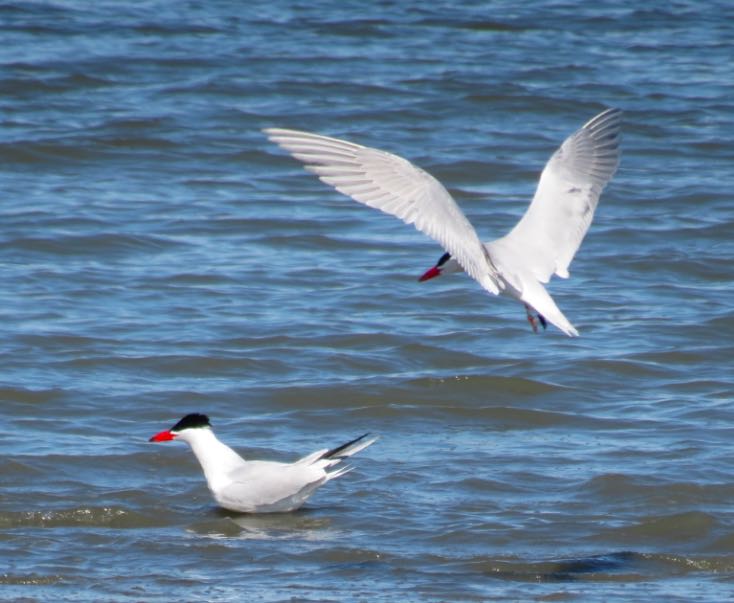