In the early morning hours of 30 April, a strong frontal boundary is moving toward the Atlantic. This front has strong storms with intense precipitation, and in advance of its passage favorable winds for bird migration.

Medium to high intensity movements were underway late on 29 April before the front’s arrival at the coast, in southerly winds (follow the arrows’ directions). We can see this pattern in the Live Migration Map, as well, with directions of bird movements aligned well with the prevailing winds. 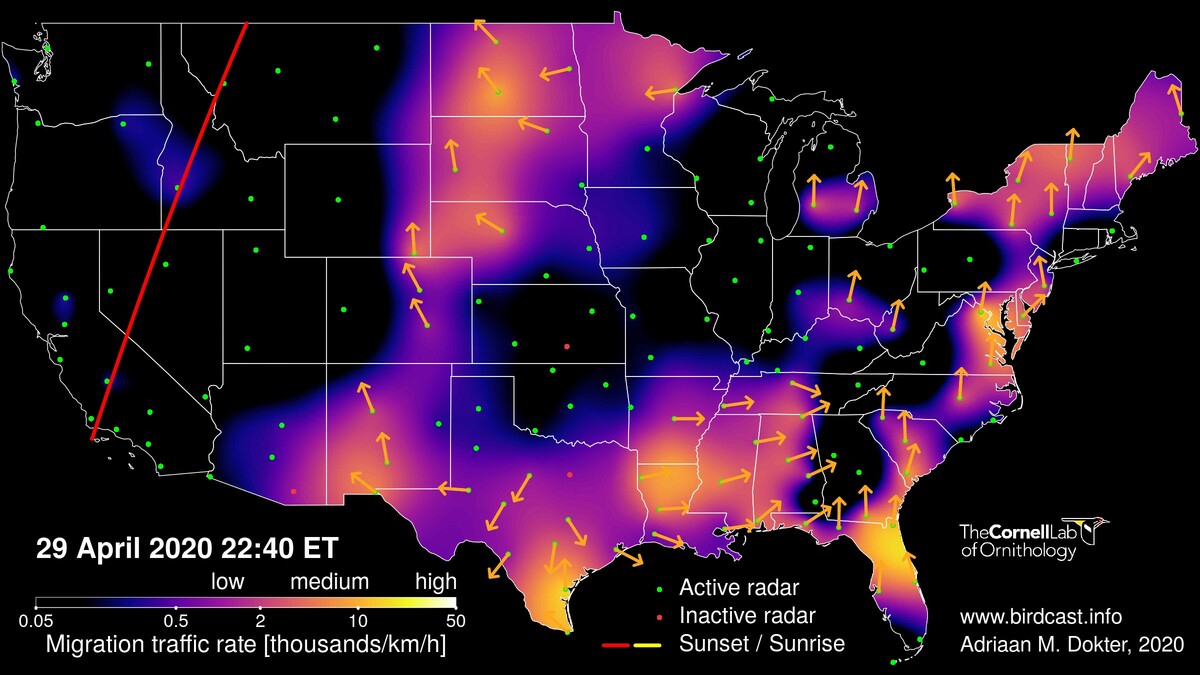 Team BirdCast has additional imagery for this post that we will add in the coming hours; but in advance of adding these data, we would like to highlight the potential for concentrations and fallouts in the coastal Carolinas and mid Atlantic region on Friday. Furthermore, some of the migrants aloft during frontal passage at and near the immediate coast may be entrained in the storms circulation, so to speak, and continue to fly down wind in the strong flow, in this case moving offshore with the potential for displacement to points significantly farther north late Friday and into the weekend (see our slingshot posts, like this reference).

Update, 30 April 2020. In the early evening, birds in Florida began migration in northeasterly directions as the southern end of the strong frontal boundary moved off the peninsula. This is one of the primary areas from which slingshot participants, so to speak, originate. The image below shows this in the direction of movement from Key West, Miami and Melbourne radars. 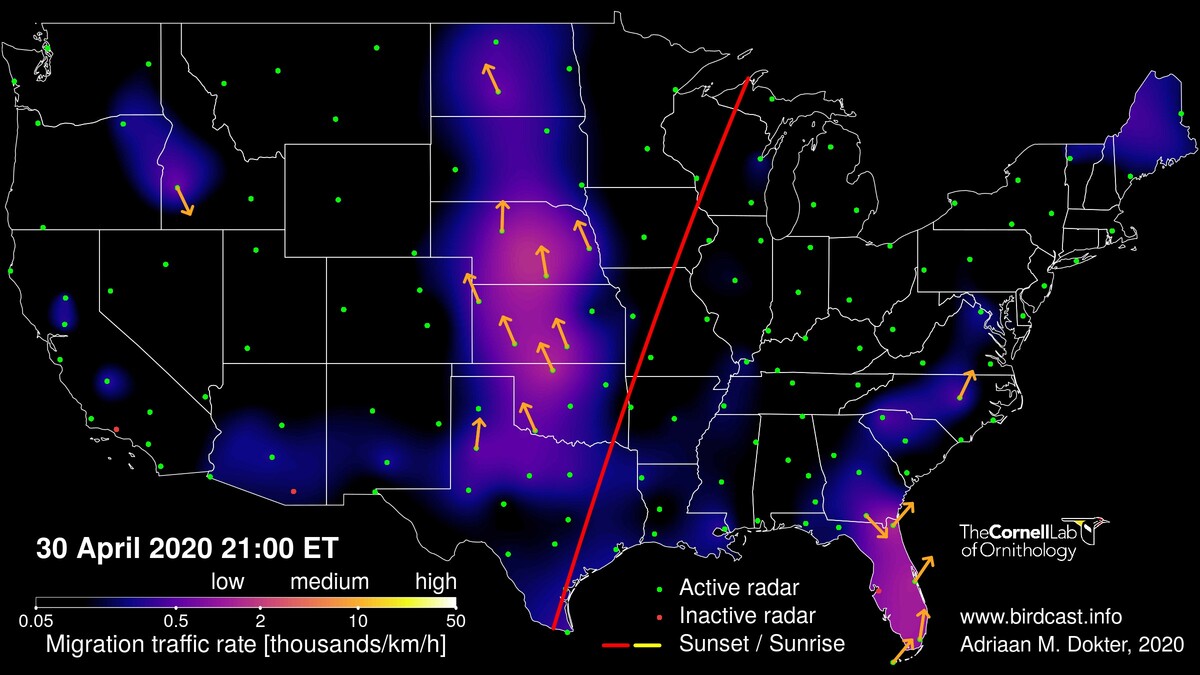