Another frontal boundary has started to move into the Gulf of Mexico region , and there are a number of interesting events to share this evening with its passage. Similar to the last system, the potential for fallouts and intense concentrations of birds exists in many coastal and near coastal areas from the Upper Texas coast through Florida. A few examples below highlight the arrival of trans-Gulf migrants late in the afternoon in the presence of, at times, rather intense precipitation and strong storms.

The slideshow has six image pairs, reflectivity and velocity, downloaded from RadarScope showing data from coastal radars from Houston to Tallahassee (n.b. the slideshow starts with the westernmost radar in Houston). In each of these, you will notice the characteristic dichotomy between the blocky and irregular patterns of precipitation and the more uniform and stippled patterns of migrating birds (and biology). Each radar has its own interesting features regarding these uniform and stippled patterns characteristic of aerial biology, in this case dominated by birds, and seeking out the different patterns you can see among these images is a worthy pursuit. Among the salient features of the reflectivity images are representations of trans-Gulf migration coming ashore and this arrival of birds dealing with precipitation (e.g. Houston, TX and Lake Charles, LA). Additionally we can see these migrants departing from coastal habitat prior to the arrival of the weather system (e.g. Tallahassee and Eglin AFB, FL). Among the salient features of the paired velocity images are the movement – follow greens to reds, inbound to outbound, respectively – of birds ashore from over the water (e.g. Houston, TX and Lake Charles, LA). Additionally, we see birds taking off from coastal habitat moving to the northeast (e.g. Tallahassee and Eglin AFB, FL). And from New Orleans, LA and Mobile, AL, we see arrival northbound trans-Gulf migration, departing northbound migrants departing from the coastal habitats, and strong storms moving to the east and altering patterns of migration where they meet birds.
This combination of events and scenarios makes for interesting birding on the ground if you have the opportunity to experience it, as well as interesting listening at night. For those in the areas where birds are moving through, around, or near precipitation and storms, especially in the presence of light pollution, flight calling may be a common feature of the night sky as birds try to maintain cohesive or semi-cohesive flocks and try to orient in otherwise more challenging conditions to stay on track as well as localize.
The image below highlights in a single mosaic the precipitation associated with the passing frontal boundary and the migration occurring near, in, and around the storms.

Another interesting pattern to watch is the potential, again, for slingshot migrants from the southern US (especially Florida and the Caribbean) to become entrained in the lumbering cold front and displaced far north of their intended designations. In this case, birds migrating through and near Florida may become entrained in the strong westerly flow associated with the movements of this front and the upper level steering wind, evidenced below in the imagery of wind, temperature and water vapor aloft respectively. Note that wind barbs and arrows are highlighting winds blowing from the west over Florida, with significant warm temperatures and moist air associated with this mobile frontal boundary in an area where birds are on the move, with the potential to entrain and displace these migrants offshore and then downwind farther north than they may have intended to travel. 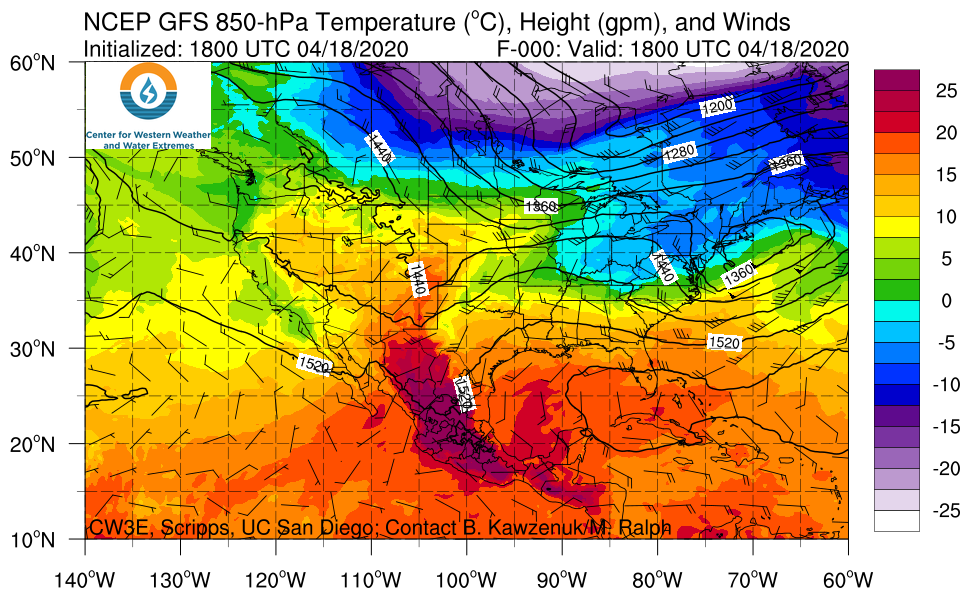 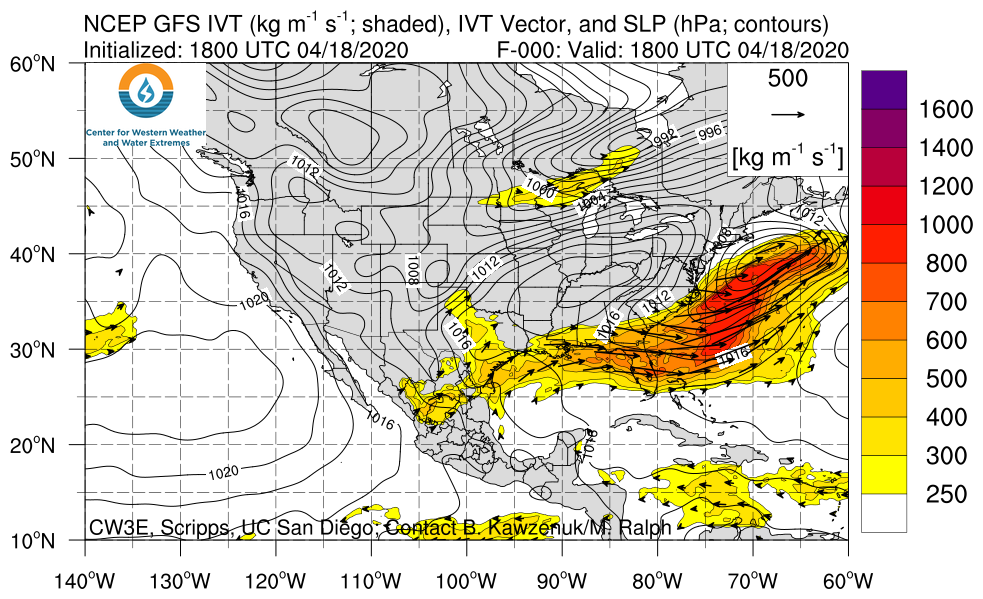