17-24 April 2015 Forecast: Migration in high gear in South, many new arrivals in North 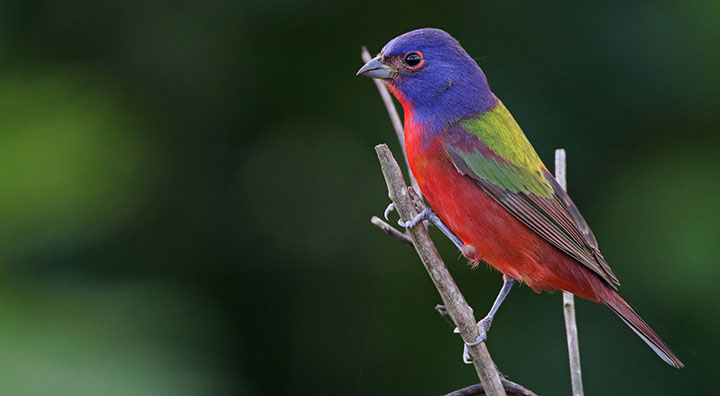 Wondering what’s on the move now? Check out our analysis from this past week.

Low pressure pushes into the western Great Lakes on Saturday night, bringing southerly winds and scattered moderate to locally heavy flights where rain is not falling. Although migration may be widespread on Sunday night, precipitation may shut down movements or cause some local concentrations and fallouts, particularly in the Appalachians and Great Lakes, depending on whether rains start before or after birds take flight. Migrants will track the advance of this system, gradually appearing farther east through Tuesday.

Tuesday will be a nice day to watch the sky, as southerly flow will bring a new influx of raptors, swallows, and other day time flyers. Note, also, for those who listen to flight calls of nocturnally migrating birds, Monday and Tuesday nights will provide an opportunity to listen, as migrants will be flying in southerly winds and probably encounter cloud cover and low visibility, inspiring increased calling, particularly in the vicinity of artificial lights.

As low pressure exits New England on Wednesday, with a nice pulse of migration occurring there prior to the disturbance’s passage, more southerly flow builds into the Mississippi River valley and Great Lakes, bringing a new pulse of moderate to heavy flights. But the week’s end will be significantly quieter in most of the region, as northerly flow and cooler temperatures will keep most migrants grounded. 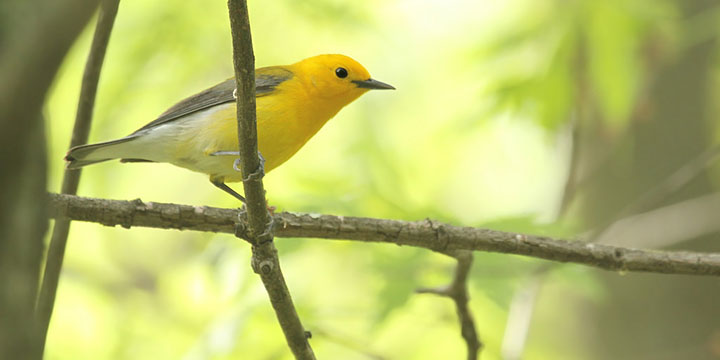 Another round of diverse weather conditions, including precipitation over the Gulf of Mexico and along the Gulf Coast, will make the weekend and first half of the week quite interesting, particularly so as conditions in migrants’ source areas to the south facilitate arrivals across the Gulf of Mexico and Florida Strait. Saturday’s forecast is more favorable for western Gulf Coast action, and Sunday’s forecast more favorable for easter Gulf Coast action. Regardless, birders should watch for fallouts and local concentrations along the full extent of the Gulf Coast, where arriving trans-Gulf migrants encounter precipitation, whether in northerly winds or more favorable flow. The cool air mass and approaching high pressure driving these disturbances toward and into the Gulf of Mexico move deeper into the region, beginning on Monday and Tuesday, but favorable flight conditions in the Caribbean continue to bring birds into the region.

The frontal boundary between this air mass and the warmer air mass over the Gulf will push far over the water, with precipitation and inbound migrants meeting. The direction of winds over and along the Gulf Coast will determine the arrival times of trans-Gulf flights, and any subsequent concentrations or fallouts, with northerly winds delaying inbound migrants until the later afternoon or evening and southerly winds bringing significantly earlier landings. As always, larger bodied and faster flying birds will arrive along the Gulf coast after crossing the Gulf of Mexico earlier in the day (e.g. morning), with the smaller bodied songbirds arriving later (early to mid afternoon).

As the frontal boundary pushes much farther east in the middle of the week, out of the region, high pressure builds, favorable flight conditions return, and a large exodus of birds featuring heavy and locally very heavy flights will occur. Note, some precipitation continues in the Gulf of Mexico even late in the period, making isolated local concentrations possible in Texas and the eastern Gulf Coast. Also note that the easterly flow over the Gulf of Mexico and the Caribbean later in the week will bring a more Caribbean flavor to the western Gulf Coast (e.g. Blackpoll Warbler, Bobolink). 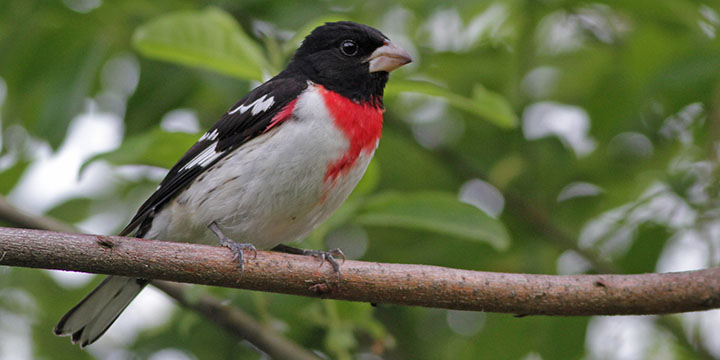 Southerly winds associated with an arriving disturbance will bring moderate to heavy flights where precipitation is not falling. Some local concentrations of migrants are likely, particularly in portions of the central and southern Plains, where these flights encounter rain. The passing low pressure then quiets most of the region as northerly winds build behind its frontal boundary to begin the work week, before the next bout of moderate to heavy flights lift off on Tuesday night.

A more complex pattern of favorable and unfavorable conditions defines movements for the duration of the week, with moderate to locally heavy movements continuing but scattered across the Plains as the next low pressure center spins to the east. Birders in the central and southern Plains should, again, watch during the end of the week for local concentrations where birds aloft encounter precipitation.

A quiet start is in store for most of the West, with scattered light to moderate movements likely only in region’s southern reaches. By Monday and Tuesday nights, much more favorable conditions arrive and more widespread light to moderate flights follow, with some locally heavy flights in California and the Desert Southwest. During these flights many areas of the West will see new arrivals.

These favorable conditions persist to some extent through the end of the period, but they become increasingly limited in their distribution; light to moderate movements will also persist and follow a similar pattern of decrease in extent as the work week comes to an end when only California and the Desert Southwest experience movements.