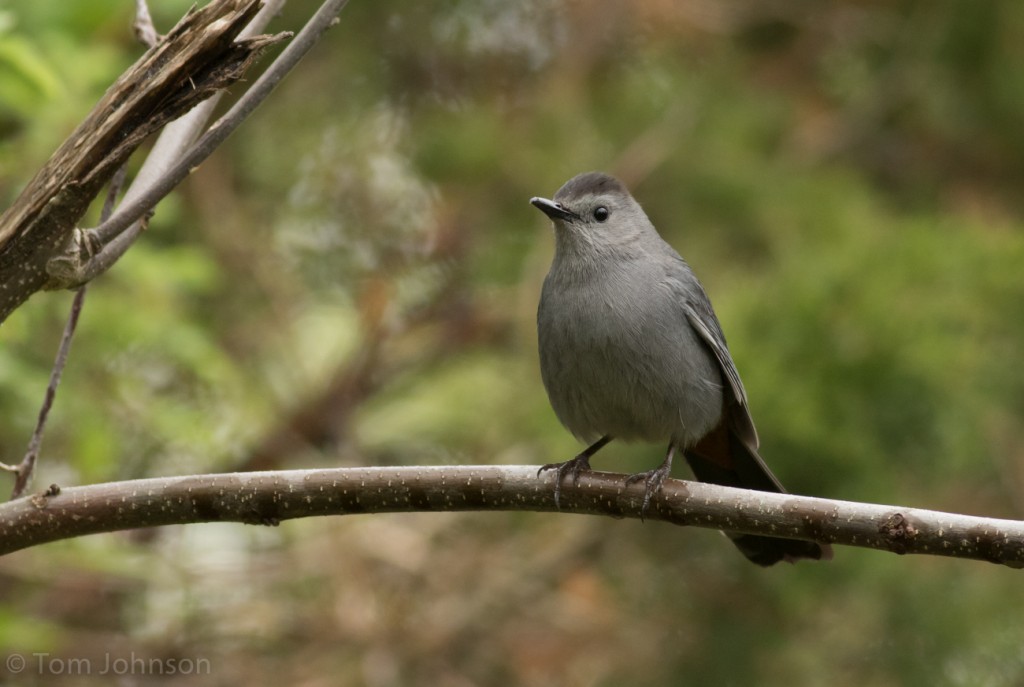 Gray Catbird, one of many present in Cape May, NJ on 2 May. Tom Johnson/Macaulay Library. eBird S29362490

When birders in Cape May awoke on Monday morning (2 May 2016), an interesting pattern was emerging (interesting is the norm in Cape May!). Numerous observers reported that numbers of migrants had arrived during and after the night and were still coming ashore from the Atlantic Ocean. The first real pulse of arrivals of this spring for a number of species had clearly occurred in Cape May. The combination of on the ground reports from eBird, nightly northeastern US radar data processing with BirdCast algorithms, and the excitement of spring arrivals inspired Team BirdCast to look a bit more closely at the events leading up to this movement.

Review of the synoptic maps showing the position of high and low pressure centers and the frontal boundaries between air masses suggests the first hints of the logic for why this may have happened. Focus on the frontal boundaries in place in the Appalachian and mid Atlantic region. A frontal boundary became stationary over Virginia on 1 May. These stationary fronts are as they sound, representing cold or warm fronts that have stopped moving. Calm winds, typically at such stalled boundaries, at the surface set the stage for birds to take flight.

Review of the radar data highlights what actually happened. The following animation shows a loop of radar mosaics from 8pm EDT to 10am EDT. Focusing on the mid Atlantic states, scattered and locally intense precipitation moves east out of the Appalachians as moderate to heavy migration begins. Migration continues, in some areas through the night uninterrupted and in others in fits and starts with interruptions by passing precipitation. By predawn hours, most precipitation has moved off the coast or farther north.

If we look to the night’s traffic report analysis, we can see further detail, perhaps, how some of this excitement unfolded. Sunday night’s heaviest migration traffic occurred in West Virginia, Maryland, and Virginia. The Norfolk, VA site shows erroneously high traffic rates in the first hours after sunset because of incorrectly classified precipitation. However, many birds were clearly aloft in this region, and later night snapshots show bird traffic moving north northeast and even east northeast. This migration track would certainly put birds in or near Cape May, NJ.

A highlight of the migration scene on this night from the Philadelphia (Ft Dix, KDIX) radar shows a finer spatial and temporal scale of resolution for the night’s traffic. This animation begins at approximately 10pm EDT, when migration (here in primarily uniform blue stippled pixels) is underway and visible on the left (or upper depending on your browser window size) image (reflectivity), and continues through approximately 10am EDT. The right (or lower) image, aligned in time with the reflectivity, shows the velocity of birds (and other biological targets in the atmosphere) relative to the radar located in central NJ – note the interesting pattern in which birds, dominating the imagery over southern NJ, move northeasterly while presumably non bird targets, dominant closer to the radar in northern NJ, move southwesterly with prevailing winds. Remember, interpret these images as green moving toward the radar and red moving away from the radar, with gray being the axis perpendicular to movements.

As the night continues, precipitation (quite blocky and irregular) moves in and migration shuts down. But after the precipitation passes to the east, a new round of birds arrive, particularly visible over southern NJ. Some light precipitation even tracks these movements, and velocity shows the birds (primarily in green) and the light precipitation (primarily in gray) moving northeast. This combination of bird movements in advance of and then following precipitation set the stage for some local concentration of birds and some continued migration of birds. Note, also, that the direction birds were moving in this animation, coupled with the direction as classified by the traffic reports models, suggest generally northeasterly movements including movements over water in this vicinity. Birds clearly took flight farther south in the region (e.g. Virginia), taking advantage of the the breaks in the unfavorable or marginal conditions and found themselves aloft in reasonable weather to move in an east northeasterly direction.

Here are a few of the reports from Cape May during the diurnal hours of 2 May, after birds clearly began arriving after moving in favorable conditions out over the water from Virginia and DelMarVa:

Michael Lanzone had a morning in his yard to remember.

Tom Johnson did some damage traveling around Cape Island in the late morning. These species haul included the following nicely documented arrivals. His checklists are here, here, and here. Here’s a slide show of some of the migrants, including Yellow-throated Vireo, Veery, Yellow-billed Cuckoo, and Black-billed Cuckoo.

In addition to photo documentation of the two cuckoos, Tom provided us with a nice clip of a singing Black-billed Cuckoo that is interrupted by a Yellow-billed Cuckoo!