Species on the move: Common Redpoll

Every year for the last 15 years, Ron Pittaway of Ontario Field Ornithologists publishes a forecast for the movements of winter finches in the upcoming winter. Team BirdCast loves this. This forecast focuses specifically on the movements of Ontario populations of these species, but many across Canada and the northern US apply the forecast to their areas.  Ron graciously allowed the Team eBird to copy his forecast in full for the education of eBird enthusiasts across the country, and you can read that forecast here. 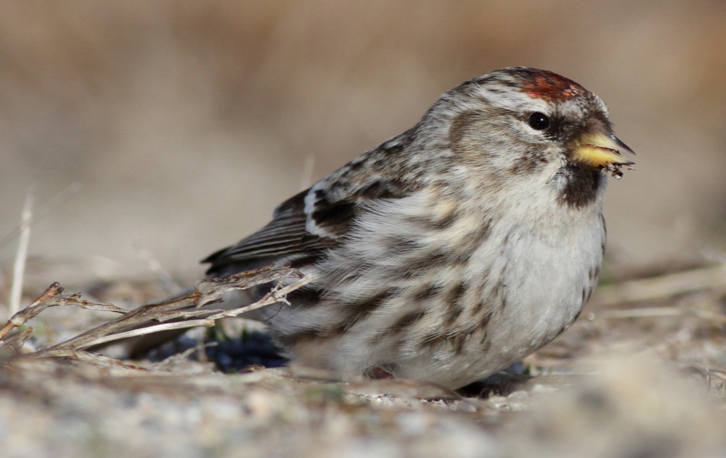 In this column, we’ve chosen to highlight Common Redpoll as our species on the move. Here is Ron’s forecast for this species for the Fall 2014 – Winter 2015 period:

How have the finch flights unfolded? Below are two graphics showing the daily changes in frequency of occurrence (and 95% confidence interval) in Common Redpoll reported in complete checklists submitted to eBird from 1 January to present for 2015 (purple), and 1 January to 31 March for 2014 (red), 2013 (blue), 2012 (green), and the 2001-2011 (black) period for the northern tier of the US and for the southern tier of Canada. 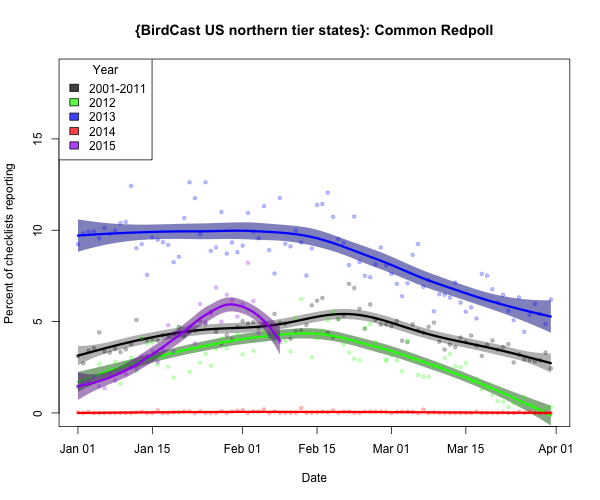 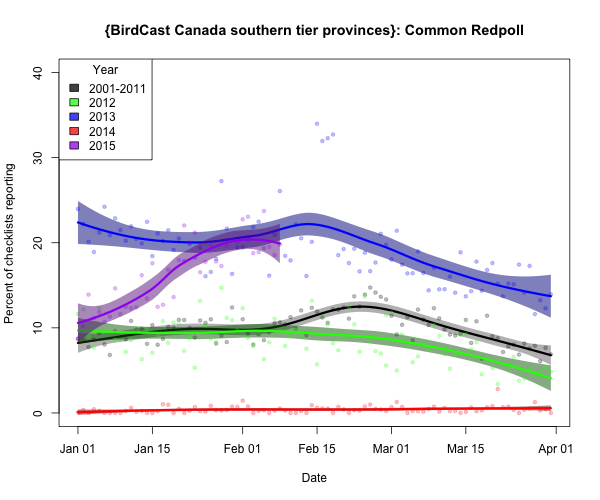 2015 is rating as an average or above average year so far for Common Redpoll, aligned with the Winter Finch Forecast. In the continental US and in Canada, the 2015 trend (purple) exceeds the mean frequency for the 2001-2011 period (black). This pattern is substantially more dramatic in Canada than in the US, where a small period of late January and early February showed higher than average frequencies. Note that in the southern tier of Canada frequencies are approaching the 2013 (blue) highs (though not at all in the northern tier of the US).

If you like Common Redpolls and you live in the northern US and southern Canada, you are likely to be much happier this year than you were in the winter of 2013-2014. The pattern for winter 2014 (in red) is not an error – 2014 was a year in which Common Redpolls did not appear in numbers in the southern tier of Canada or the northern tier of the US. Seed crops from summer 2013 for birch, alder, and conifers were projected to be quite good much farther north in Canada, and the birds presumably stayed north to exploit this bounty.

Now, go out and count some redpolls and enter your data into eBird! Or sit inside and watch your feeder . . .