The ice cometh (and duck and grebe goeth)?

Last year’s Great Lakes’ ice cover generated many waterbird headlines among birders (and beyond). Some of the feature players in those movements were scoters and grebes, in particular White-winged Scoter and Red-necked Grebe. Team BirdCast spent some time discussing the movements of these species in relation to extensive ice cover. The images below show some indication of the frequency and temporal scope of these anomalous (but not unprecedented) movements. These graphics shows the daily changes in frequency of occurrence from complete checklists submitted to eBird for the 2001-2011 period (black lines), 2012 (green lines), 2013 (blue lines), and 2014 (red lines). 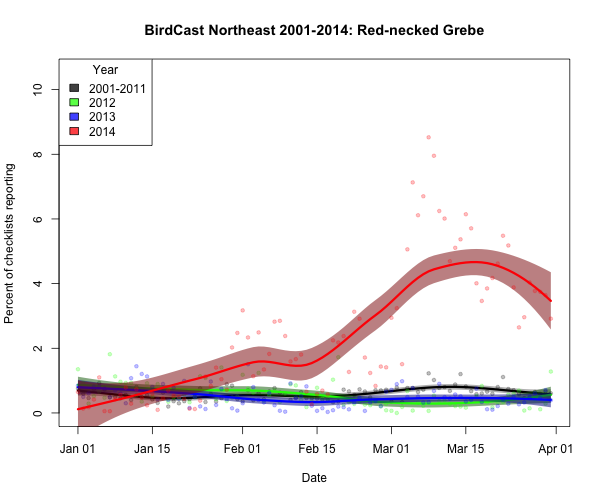 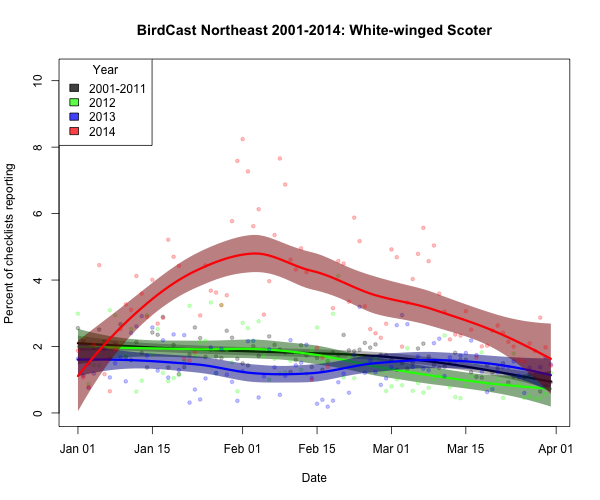 Note the degree to which 2014 lines for both species far exceed “background” levels (i.e. 2001-2011) as well as the preceding two years (2012, 2013). Also of interest, and presumably reflecting some combination of each species’ tolerances of ice, open water requirements, dispersal capabilities, detectability and other variables (perhaps including eBirder interest in the species), is the different in the timing of peak frequency of occurrences.

The coming days will see a blast of Arctic air cover the Great Lakes, plunging temperatures well below freezing and presumably creating good conditions for rapid ice formation in some places. As it stands, the Great Lakes Environmental Research Laboratory’s National Ice Center has depicted a 4-6 fold increase in ice in the last week (see this beautiful graphic showing ice coverage and water temperature in the last 60 days). A snapshot of ice, below, for 4 January shows just over 8% ice cover on the lakes. 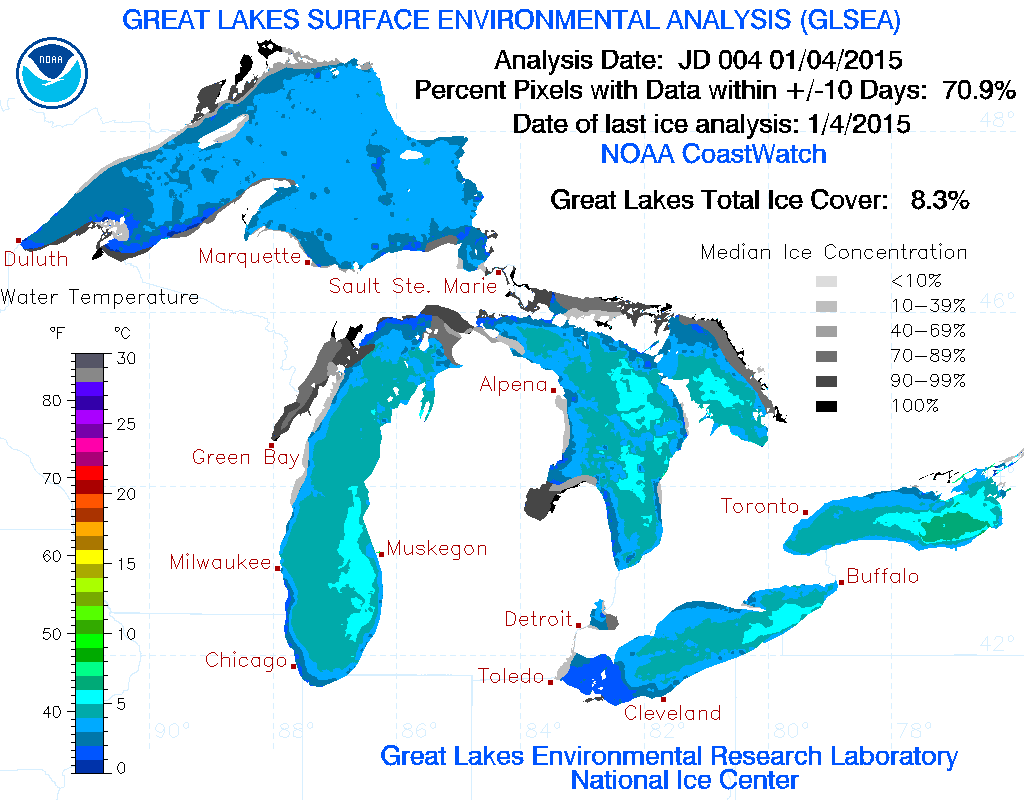 Will the coming blast of Arctic cold spur movements of waterbirds away from the Great Lakes and to points farther south and east as ice forms rapidly in some areas and displaces birds? Or will this be a short-lived Arctic outbreak that simply sees birds move away from lake shores and among lakes? Of course, you can tune in to BirdCast to see what happens over the coming weeks as we enter the heart of the Northern Hemisphere winter. Or better yet, you can go birding and enter your data into eBird and let the data speak to Team BirdCast!