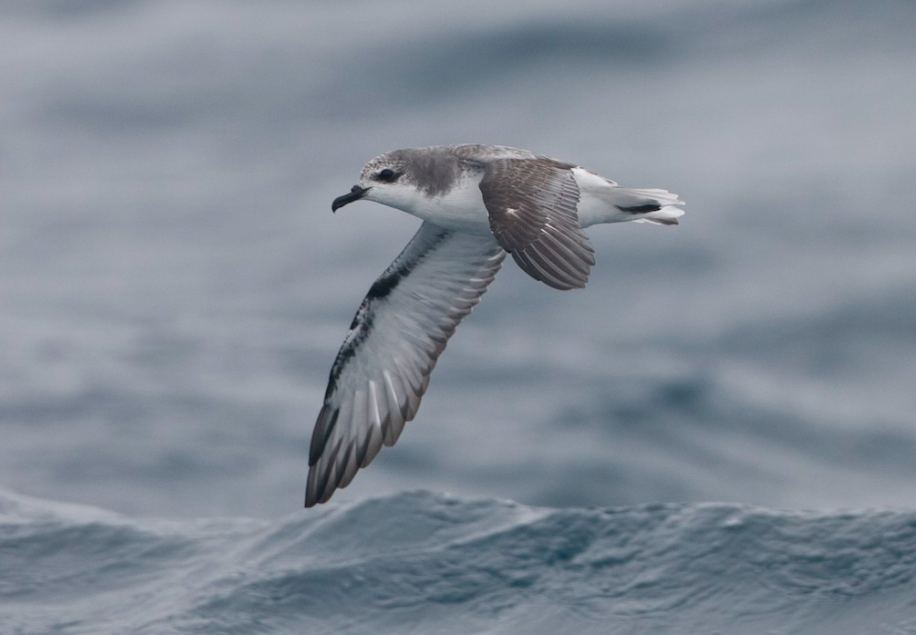 BirdCast reports on hurricanes and their impacts on wildlife, in particular birds, usually focus on Atlantic Ocean storms (for example, our recent post on Florence). But rarely, Pacific hurricanes affect the US mainland, for example in the Desert Southwest and California. Hurricane Rosa is such a storm, forecast to come ashore in Baja California with tropical storm strength winds and heavy rain and quickly move into Arizona and off to the northeast. Similar to impacts from Atlantic storms on local and transient bird communities and their habitats when they comes ashore, Rosa will likely transport numerous species of birds far from their normal haunts. We still do not fully understand many of the mechanisms involved in birds ‘entrainment’ and eventual deposition by storms, which is a primary reason for our interest in observations of species associated with these storms. See this account of a previous tropical system in the Desert Southwest from Western Birds for a discussion of what is possible from the passage of a tropical system in the Southwestern US. And read on to see some accounts of previous tropical system’s effects on dispersing pelagic avifauna far from their usual haunts.

IMPORTANT: If you are in the path of this storm, heed all forecasts and warnings from the National Hurricane Center (NHC). Remember also that strong winds are but one of the dangers of tropical storms, and that dangers of storm surges and of flooding, whether coastal, desert, or montane, are also life-threatening and devastating. NEVER put yourself in a situation where such risks may cut off escape routes or force you into unnecessarily hazardous positions. ***Always put safety of yourself and others before birding.*** 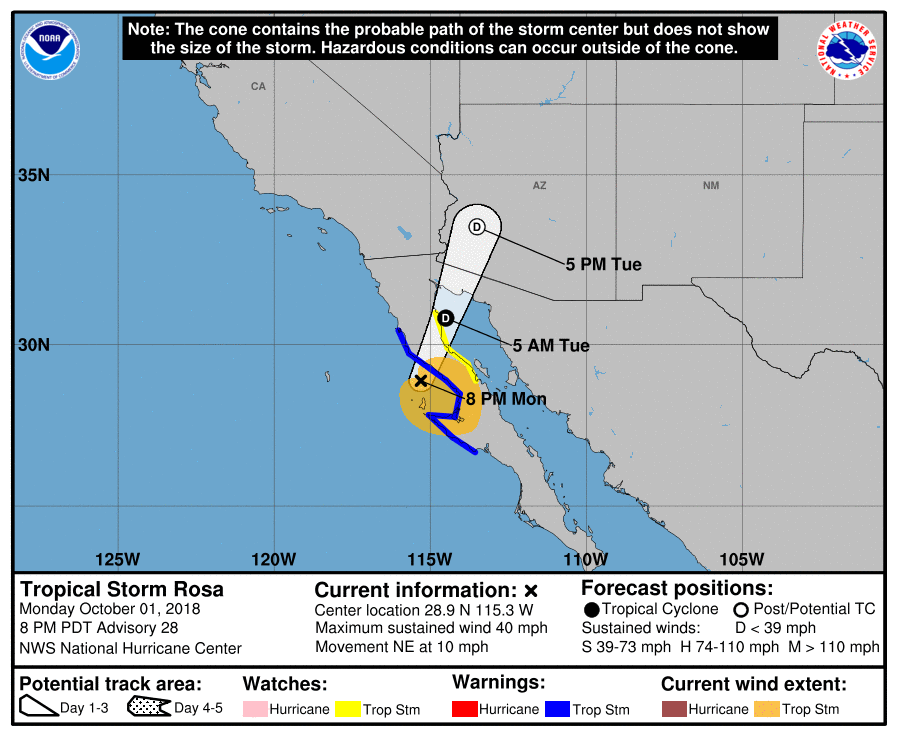 From Monday to Wednesday, 1-3 October 2018, we expect Rosa to track NNE, probably crossing the northern Gulf of California and moving inland towards Phoenix on Tuesday and reaching southeast Utah by Tuesday night/Wednesday morning. This storm has excellent potential to transport a large number of seabirds into the deserts of central Arizona and possibly even southern Utah. The northern Gulf of California may also get a large number of seabirds moved across the Peninsula from the Pacific.

Rosa is very similar to Hurricane Nora in terms of track, timing, and strength. Nora made landfall near San Quintin as a weakening Category 1, crossed Baja and the northern Gulf of California as a Tropical Storm, and dropped a good number of storm-petrels and at least one Black-vented Shearwater on Lake Havasu. We are not sure that any birders were strategically birding during the storm’s passage at Lake Havasu or other sites; if they had been, the list of species seen could have been much larger.

Rosa is not a very strong tropical system, and by the time it arrives over the Desert Southwest it will have weakened significantly to a tropical depression. Yet, given the close proximity of pelagic waters to this region, and the arrival of the storm’s circulation at night, some significant entrainment of pelagic and nearshore species is likely. On the map below, see live sightings of species we expect may be displaced by Rosa here beginning Monday 1 October 2018. (If you get a “disconnected” message, click “Reload”.) Not all observations may be directly related to the storm, particularly those occurring before its arrival. 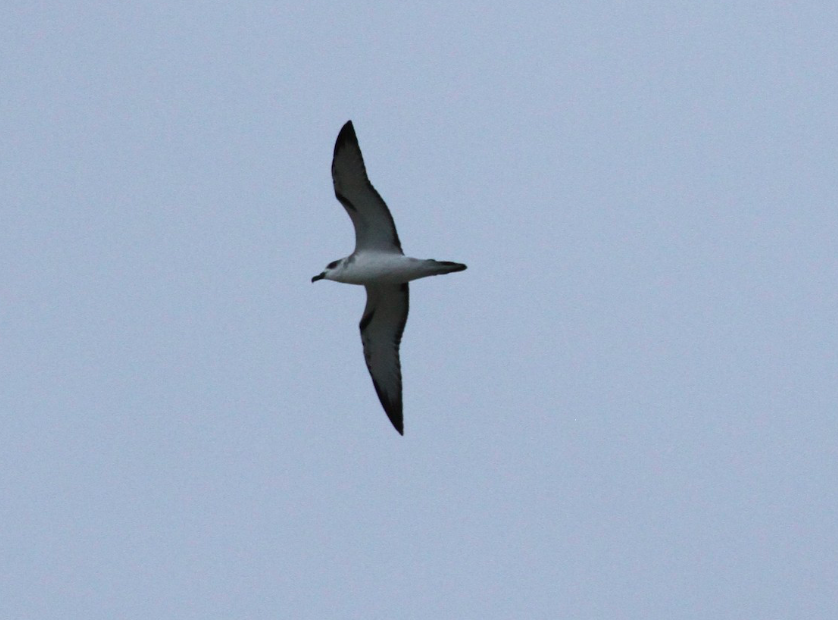 What follows below is additional information about birding in the Desert Southwest as Rosa passes through the region.

Watch the storm and make sure to check the updates every 3 hrs or so from the National Hurricane Center. Hurricanes are dangerous and in the desert Southwest, the main danger will be rain, flooding, and landslides Avoid driving during the storm, do not cross any rivers (which can be deceptively deep), and be ever alert for flash floods, landslides, and debris in the road. Do not station yourself in low areas and make sure that any spot you visit has more than one exit since flooding or landslides could get you stuck somewhere dangerous or somewhere you do not want to be. Err on the side of caution.

Pick a safe location. Even if you can’t pick a great location, try to find a sheltered spot to watch the sky or any open area. Many extremely unusual hurricane species have been seen just over the highway or flying past; there need not be water in the area. Just scan the horizon and cloud banks repeatedly and be alert for anything unusual. Safety first, we cannot overemphasize this.

Stay put. If you have chosen well, during the time leading up to the arrival of the storm and during the storm’s passage, it is not smart to drive to check multiple spots. Many birds drop in only briefly so maximize your birding time at a good site/. This also ensures that you are sitting tight and safe, rather than driving in bad weather or dangerous conditions.

Try to bird even in the very bad conditions as long as you are safe. Brief clear spells between bands of rain can be magical.

Be aware that many birds will probably depart very quickly after the storm passes. If you are not birding in the storm try to arrive at good sites as soon afterwards as you can. While some weaker fliers (e.g., storm-petrels) may stay for many hours or even a few days, most stronger fliers like petrels, gulls, shearwaters, terns, jaegers, and shorebirds will depart quickly Since the conditions after a storm are like the passage of a cold front, many birds will begin moving as soon as the clearer conditions set in.

If the storm passes over you at night, be sure to be out and in position before dawn. Some birds may depart at the first sign of light and the difference of an hour or two could be the difference between an amazing hurricane score and an empty lake. If the storm passes you at night, consider checking strong light sources, especially those near water, for disoriented storm-petrels. Lauren Harter and David Vander Pluym found a Wedge-rumped Storm-Petrel at a rest area on the night after Hurricane Newton’s passage!

Be aware for birds moving back towards the sea along rivers, along coasts (e.g., the coast of the Gulf of California, hopefully with favorable winds), or even along ridgelines or highways.

After the storm is 4-5 hours past you, you might want to check several different spots or respond to rarities that others have found. Over the next 2-3 days the birding could be interesting, since some lost or disoriented birds may turn up at water bodies in the area. Usually the rarities drop off quickly after a storm’s passage, but there can be a long “tail” of interesting sightings occurring for days and sometimes a week afterwards. Frigatebirds in particular, which may move primarily on the high outer bands of these storms, may be seen moving back towards the ocean for days after.

Hurricane birding in the West is very different from the East. While in the East, birds have lots of water bodies, rivers etc. to “choose from: when they drop out, this is not true in the west. This could result in 1) more concentration at the existing water bodies, both during and especially after the storm; 2) more birds “dropping out” in deserts and or moving south along ridges etc.

Pacific Hurricanes that make landfall in northern Mexico and the United States are quite rare (but could become more frequent as ocean temperatures rise). While there have been quite a lot of Atlantic and Caribbean hurricanes, the opportunity to get more info from a Pacific one is exciting. To my knowledge, no birder has ever been in position, on a good (deep and large) water body DURING the passage of a Pacific Hurricane/Tropical Storm/Tropical Depression. Kathleen was birded only 2-5 days after (and was incredible), Nora was birded mostly after (and was incredible), and Newton was birded during and despite being weak and passing over only small water bodies, was incredible. Maybe this year.

Displaced and Entrained Birds to consider

These species are reasonably NEARLY CERTAIN to be transported inland by the storm:

These species are reasonably REASONABLY LIKELY to be transported inland by the storm:

These species are POSSIBLE to be transported inland by the storm and occur along the storm’s path. Some of these have little or no precedent for inland occurrence and are marked with an asterisk:

These species are LIKELY to be found during the storm, either as transported birds or grounded overland migrants:

These species have no known track record of inland movement in hurricanes, but occur along the storm’s path and are worth thinking about just in case:

Quick summaries of past storms, their tracks, and the coverage by birders is below.

Storm track (from Wikipedia): After crossing the Point Eugenia peninsula (the cyclones first landfall) later on the morning of September 10, Kathleen made its second landfall 120 mi (190 km) north of Ensenada at 1130 UTC the same day. Unlike most tropical cyclones, Kathleen weakened slowly over California. Tropical Storm Kathleen weakened further into a depression over southern California and shortly thereafter, moved across Death Valley. On September 11, Kathleen entered western Nevada.

Kathleen was not effectively birded. It is possible that no birdwatchers were in the field looking strategically for storm waifs. Two days after Kathleen passed over the Salton Sea, Ted Parker noted hundreds of Least Storm-Petrels there and others followed up and found 100+ at both the northend and south end. Also a Red-billed Tropicbird was grounded and incidentally encountered away from water ion San Bernardino County, CA, on 11 Sep 1976.

Birders were ready for Nora, but it is not clear if anyone was out in advance of the storm or during its actual passage. Birders descended on Lake Havasu, however, and found many storm-petrels (Least and Black), a first-ever inland Black-vented Shearwater, and more.

Also a Red-billed Tropicbird was grounded and incidentally encountered away from water in Imperial County, CA, on 27 Sep 1996 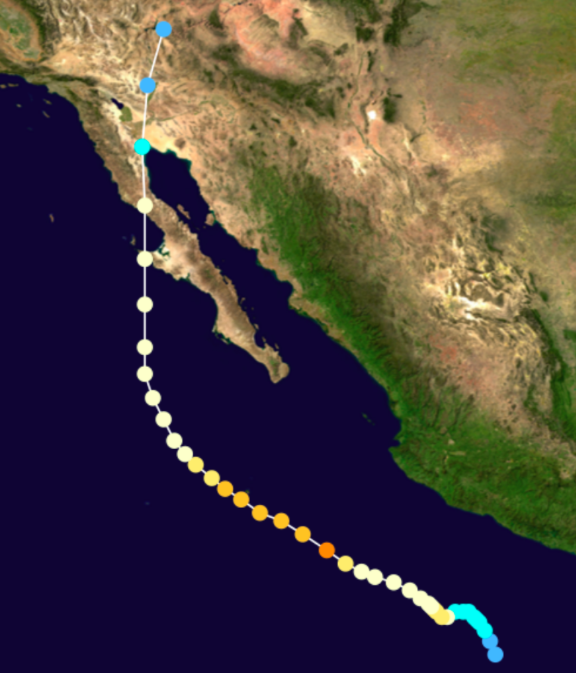 bird area coverage – Tucson and south during passage, but only at small water bodies and desert (!) areas

Hurricane Newton was not the strongest storm, entering the US as a weakening Tropical Depression. It did interestingly track right up the Gulf of California and produced birds typical of those waters. It was also perhaps the best covered at the time of the storm’s passage. Note that two of the best birds, Juan Fernandez Petrel and Wedge-tailed Shearwater, were seen for only seconds as they flew past and/or dropped into a small pond during the passage of the center of the storm. Our full account at eBird is here https://ebird.org/news/newtonarizona/ and should give some inspirational reading for those considering taking the day off on Tuesday, 2 October!

Summary from Wikipedia: Newton formed as a tropical depression out of an area of low pressure off of the coast of Mexico on September 4. Despite only moderately favorable conditions, the storm quickly intensified while moving north and became a hurricane roughly a day after being designated. Attaining peak intensity early on September 6, Newton then proceeded to make landfall on the Baja California Peninsula shortly afterwards. It quickly weakened and degenerated into a remnant low on September 7, before dissipating the next day. 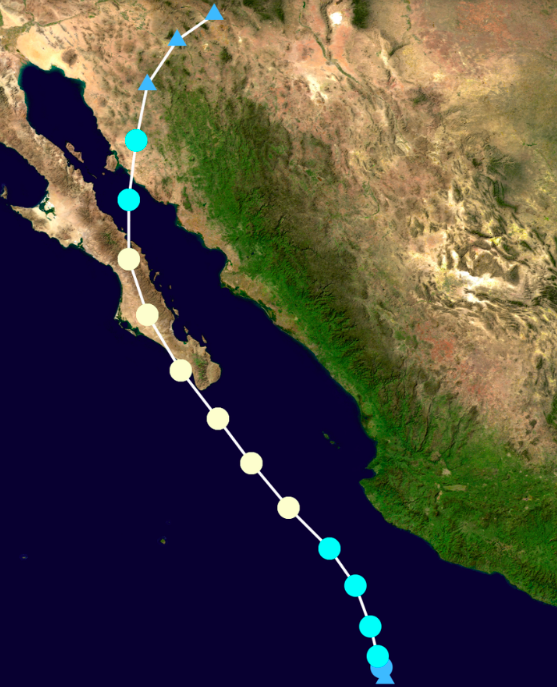