Updated 27 August 2020 1100ET. Laura has been ashore since early this morning. The four panel image below from RadarScope highlights this powerful and dangerous storm’s arrival to the Louisiana coast, as well as the arrival of biology entrained in the eye of the storm, as detected by the WSR-88D at Lake Charles, LA. In the top left panel is reflectivity from the lowest antenna elevation angle of the radar, in the top right and bottom left are correlation coefficient from the two lowest antenna elevation angles of the radar, and in the bottom right is a machine-classified class of “targets” detected by the radar in its lowest antenna elevation angle scan. Laura’s eye is clearly visible in all images, and what is of note is the blue color visible in the top right and bottom left panels and the corresponding gray color in the bottom right panel. These patterns are characteristics of biological “targets” probably dominated by birds and insects.

Updated 26 August 1130ET. Laura is now or will very soon be a major hurricane. Current warnings highlight “unsurvivable storm surge” that could penetrate up to “30 miles inland from the immediate coastline” and hurricane force winds among other serious hazards, and such danger requires immediate efforts to protect life and property and departure from this area. Safety is the number one priority above all. And no one, birders included, should be anywhere within the landfall zone (+ 30 miles inland) for this storm. 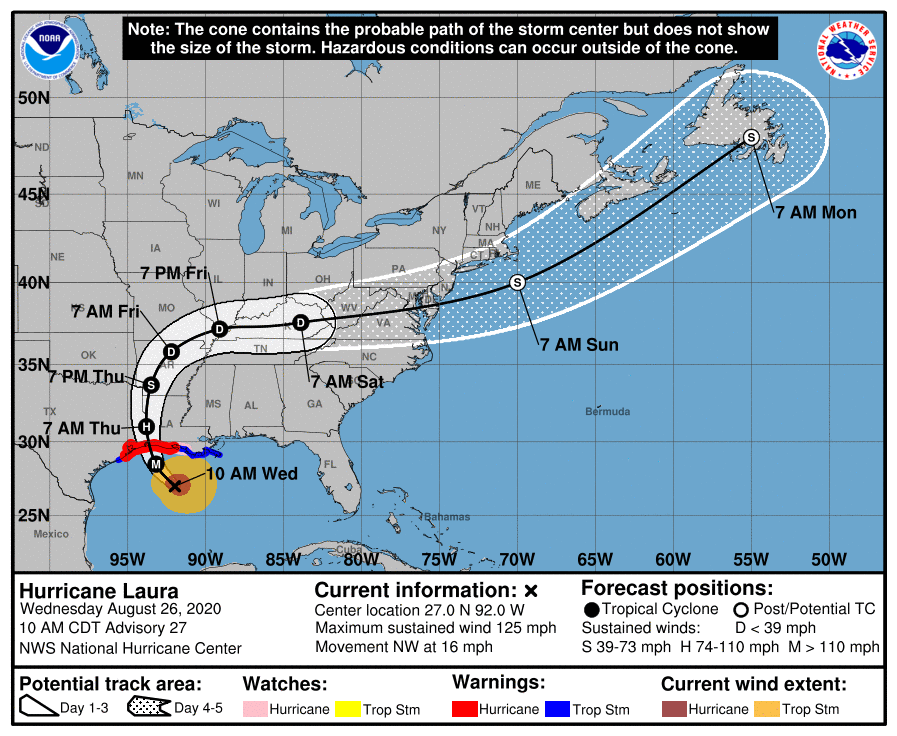 Previous post – Laura is currently a hurricane, forecast to intensify to a Major Hurricane in the next 36 hours. Current forecasts predict landfall near the Texas-Louisiana border. With this stronger of the two tropical systems will come more and additional pelagic and aerial species from farther south and east in the Caribbean (relative to the fizzled Marco). Note, Laura is a dangerous storm with intense wind, heavy rain, and large storm surges possible, so above all else safety is the top priority. Birders should be watchful for seabirds as well as aerialists like martins, swallows, and swifts and downing of overland migrants such as shorebirds. Portions of eastern Texas, western Louisiana, and Arkansas will see impacts of avian entrainment and displacement on Thursday, whereas areas further inland include far eastern Oklahoma, Arkansas, and additional portions of the lower Mississippi River valley will see action later on Thursday and Friday. Some potential for storm blown vagrants persists into Friday in southern Missouri, western Tennessee and western Kentucky. 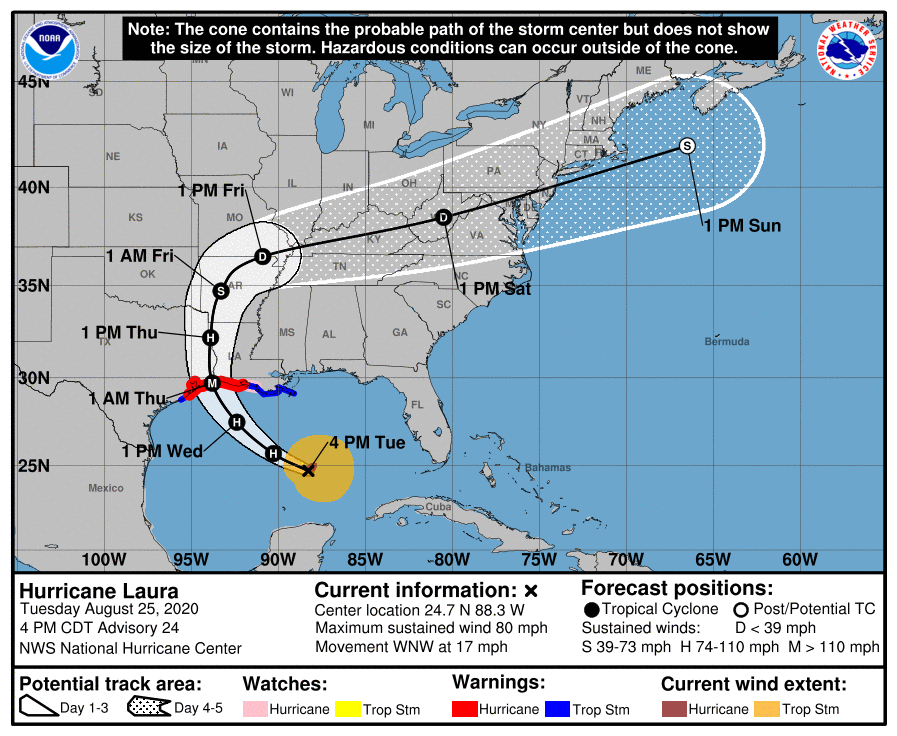