For those in the greater New York City metropolitan area, September 11th 2016 brought the return of the Tribute in Light Memorial. The powerful, side-by-side beams of light aimed skyward were, first and foremost, a somber tribute to lives lost on September 11th 2001; but, as in past years, the event also provide a rare opportunity to witness, directly, nocturnal bird migration (after all, so much BirdCast work is remote sensing!). Previous years’ viewing of migration at the Tribute has seen quite varied migration traffic (see, in particular, the account of heavy migration from 2015). This year, however, conditions were favorable for a good flight of migrants, aligning to produce the second largest movement since the Tribute began in 2002. The following videos show examples of the densities, behaviors, and general experiences at the Tribute, and if you listen closely, you can hear many, many flight calls (and maybe even test your identification skills to identify the birds).

For those interested in flight calling behaviors of nocturnally migrating birds, the Tribute provides a rare opportunity to hear tens of thousands of calls. This spectrogram of a 1-minute long audio file gives insight into the intensity of the calling, with over 1600 flight calls occurring in this file! To orient the view, the Y-axis is frequency, and the X-axis is time; the more intense dark patterns in the 6-9 kHz frequency range are the flight calls. And there are many of them! 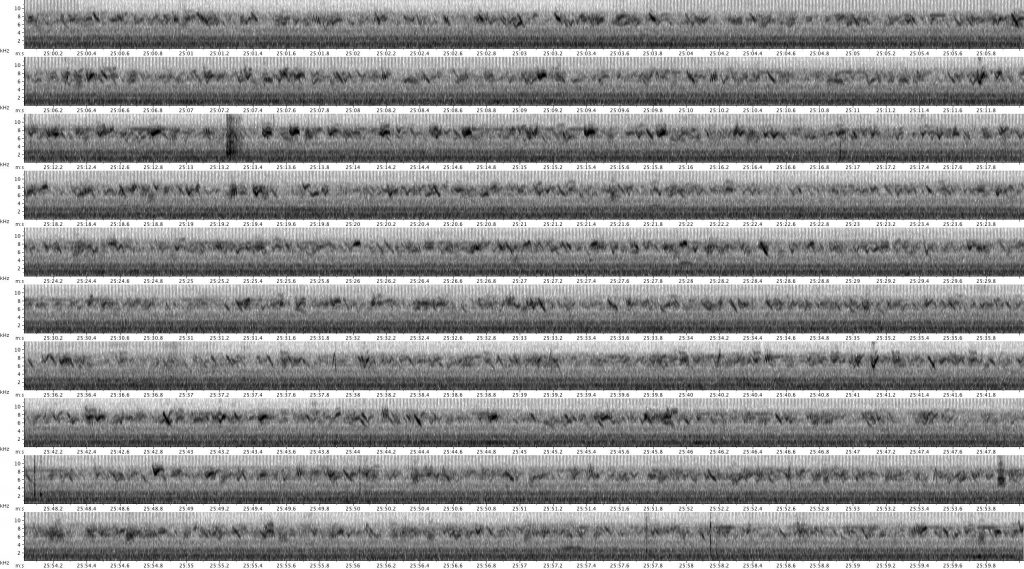 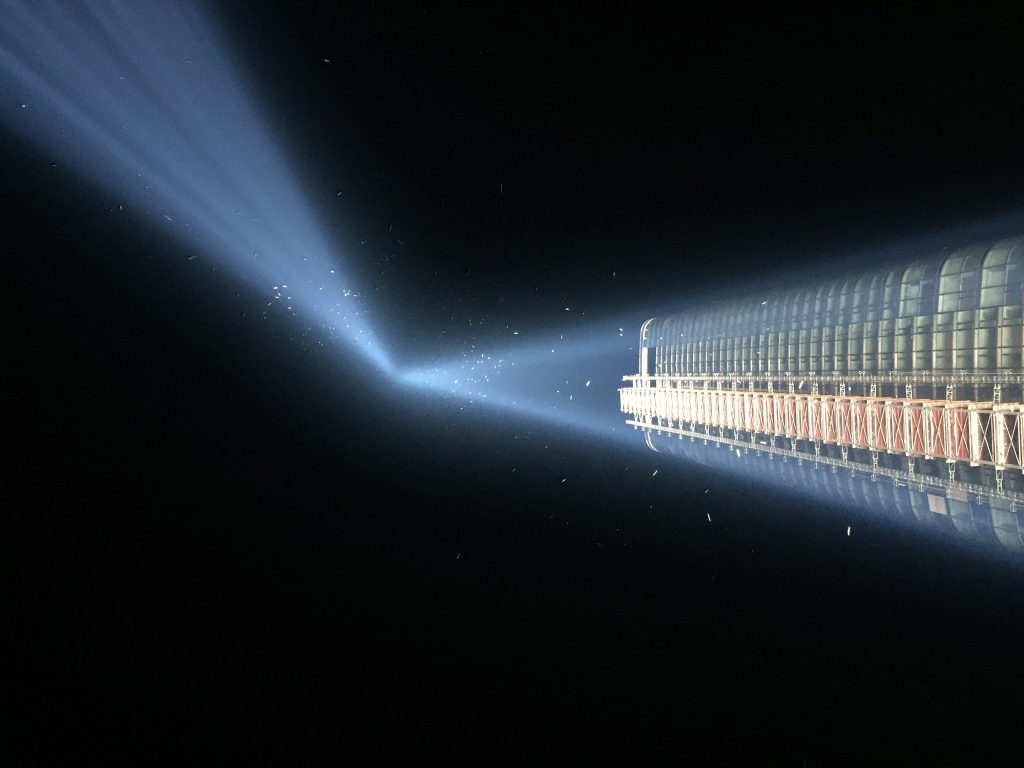 Despite the fact that, as in 2015 and to a lesser extent in 2013 and 2010, so many migrants interacted with these powerful lights during this year’s memorial, the organizers and operators of the event were extremely helpful and acutely aware of the magnitude of the migration underway. As always, a very special thanks to the National September 11th Memorial and Museum for allowing NYC Audubon and the Cornell Lab of Ornithology to monitor at the Tribute in Light. Team BirdCast would like to acknowledge their efforts to turn off the beams to avoid potentially hazardous situations for birds. They shut off the beams THREE times during the course of the night, 20-minutes each, and each time after the lights had been extinguished birds stopped flight calling and departed from the area.