BirdCast tracks with great interest the movements of hurricanes and the pelagic species that they often entrain and displace on shore and at times far inland. The team is also interested in bird migration around hurricanes, and with the arrival and passage of Hurricane Dorian off the coast of Florida, Georgia, and the Carolinas, we can see how some birds handle the circulation of an intense cyclonic storm. Note, this pattern is apparent with many storms that make or nearly make landfall.

Tuning into our live migration maps (check particular for 4 and 5 September animations from the drop down menu), you can see the directions of movements in this region of the US. And what we see are birds availing themselves of favorable northeasterly winds occurring to the west of the storms’ track. Let’s check this out in the imagery below: 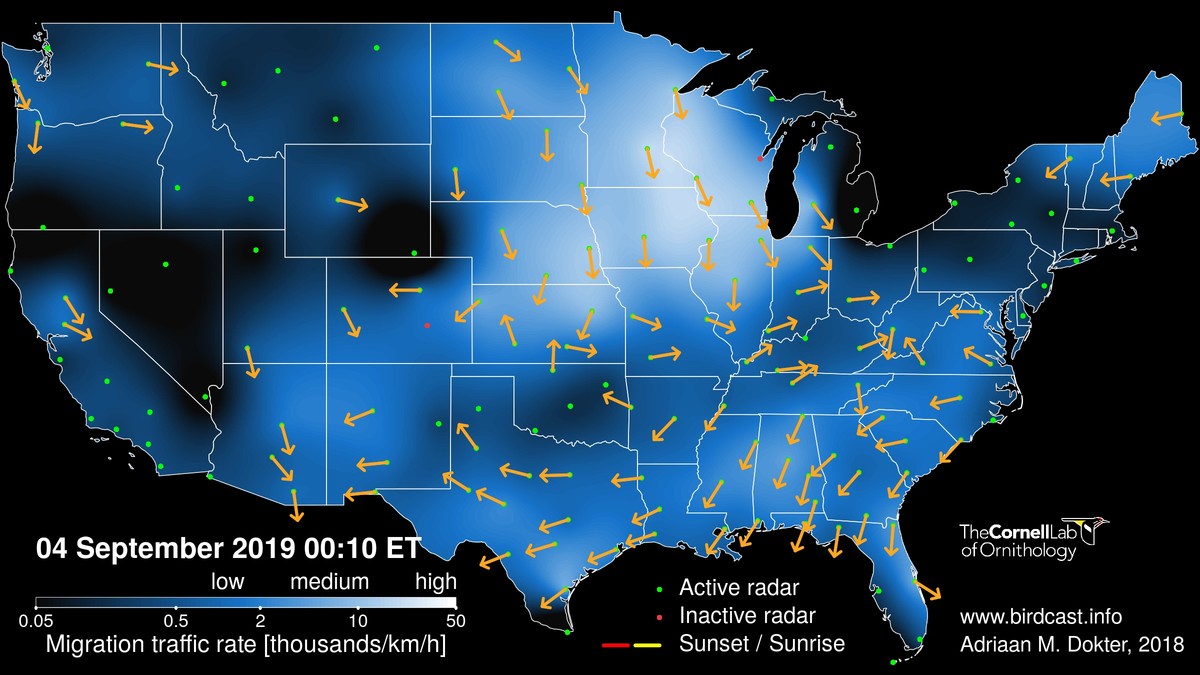 Just after midnight on 4 September, we can see bird migration of light to moderate intensity occurring in the southeastern US. The primary directions of movement highlight movements to the southwest in the Carolinas that become increasingly more southerly in Georgia and Florida. The pattern is suggestive of birds moving in circulation around approaching Dorian, with its circulation shifting from northeasterly winds to more northerly and northwesterly winds as one moves south from the leading to trailing edges of the system. 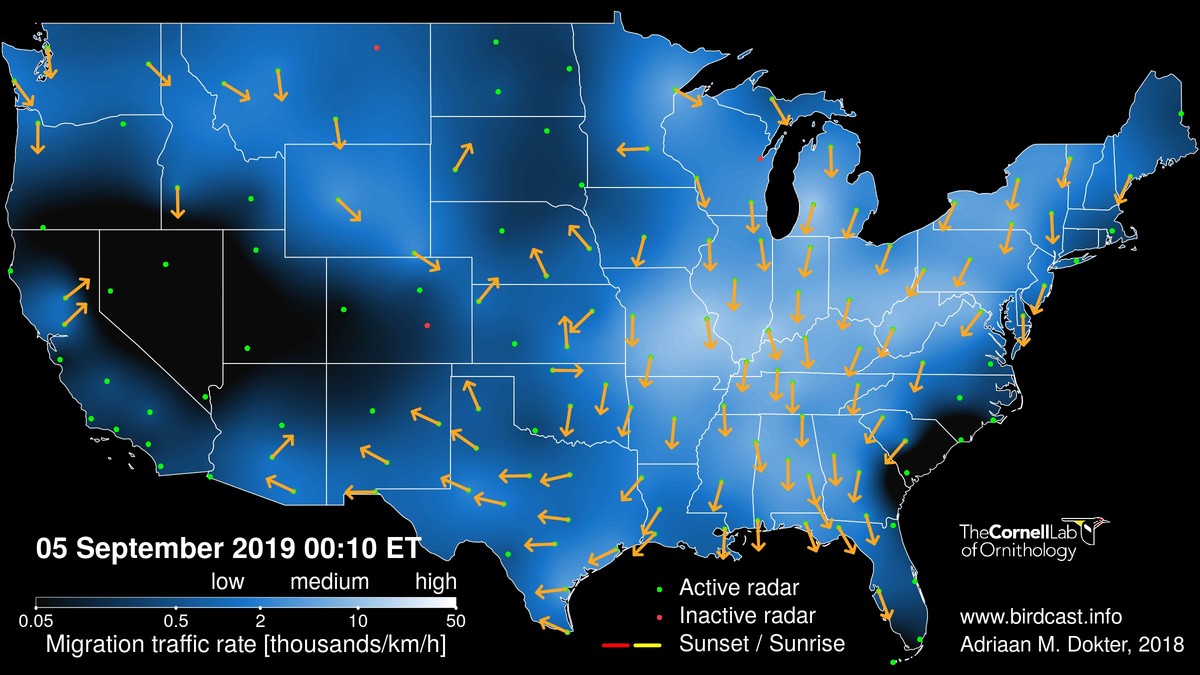 On 5 September around the same time, we see the pattern in more clarity. Its position has changed, as the position of Dorian has changed with its movement slowly to the north. Areas close to the coast in the Carolinas and Georgia are experiencing little to no migration, as the storm’s direct impacts (e.g. precipitation) are likely keeping birds on the ground. But slightly farther west, we see similar intensities of migration to the previous night, following the same pattern of south to southwesterly movements gradually becoming more southeasterly as one moves from the western Carolinas and Appalachia into Georgia and the Florida Panhandle and Peninsula.

We hope to explore these patterns of directionality, and eventually examine how birds migrating near and after hurricanes, may take advantage of favorable tailwinds to move quickly toward their destinations. Stay tuned!

Note in the imagery below, bird migration, some of it heavy, is occurring in many areas of the eastern US (the uniform blues and greens, as opposed to the blocky patterns characterizing precipitation; note, these are not raw data, but data in a significantly less processed state that those we currently show in the live migration maps). Also clearly visible is the eye and circulation with precipitation of Hurricane Dorian, just to the east of the border between North and South Carolina.