Last week, Team BirdCast highlighted a potentially complex scenario for inbound Neotropical migrants in the Gulf of Mexico. Let’s get a brief update to see what happened. (Note, we will continue to update this post as more observations are reported – also please visit @DrBirdCast to see more)

By mid-week, it was apparent that weather conditions over the weekend could give rise to fallout conditions in the western Gulf of Mexico:

Birders on the w. Gulf should keep an eye on the forecast—possible fallout setup on Sat afternoon: N winds over TX but S over the Gulf. pic.twitter.com/NjuWsjbVvY

Birds took flight from eastern Mexico and northern Central America on Friday night in calm or even slightly opposing winds, and on Saturday these birds encountered even less favorable conditions as a frontal boundary pushed off the Texas coast into the Gulf:

As we noted at the time:

Front appears to be concentrating trans-Gulf migrants along coast from C. Christi to L. Charles; densities higher in west part of that zone

Some birds encountered precipitation, which was present along the front but not very extensive in its distribution. What occurred on Saturday and Sunday is a typical outcome for this sort of scenario – late arrival of trans-Gulf migrants occurred on Saturday evening and night, with birds arriving at least several hours later this usual because of the calm or opposing winds over the Gulf; and concentrations and fallouts in a number of areas from Brownsville, TX to Cameron Parish, LA. 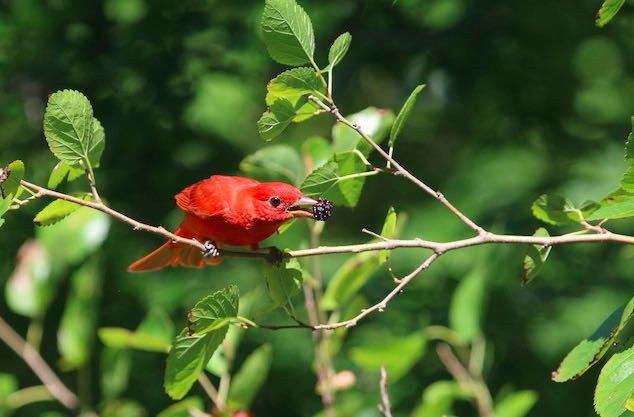 Sabine Woods, TX as reported by Sid Gauthreaux (morning and afternoon), John Haynes, and Steve Mayes, among countless other observers. 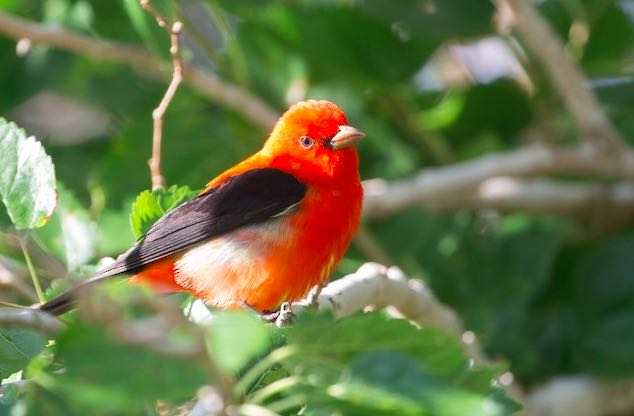 In the eastern Gulf of Mexico, a different scenario unfolded. The precipitation and marginal to favorable migration conditions that were predicted did occur, and the passage of the frontal boundary brought more typical fallout conditions and concentrations of birds in a number of places. This was particularly evident in Dade County, where Monday morning saw large numbers of warblers, particularly in Bill Baggs Cape Florida State Park where Blackpoll, Cape May, and Black-throated Blue Warblers occurred in some numbers (see this checklist, and then this checklist)! 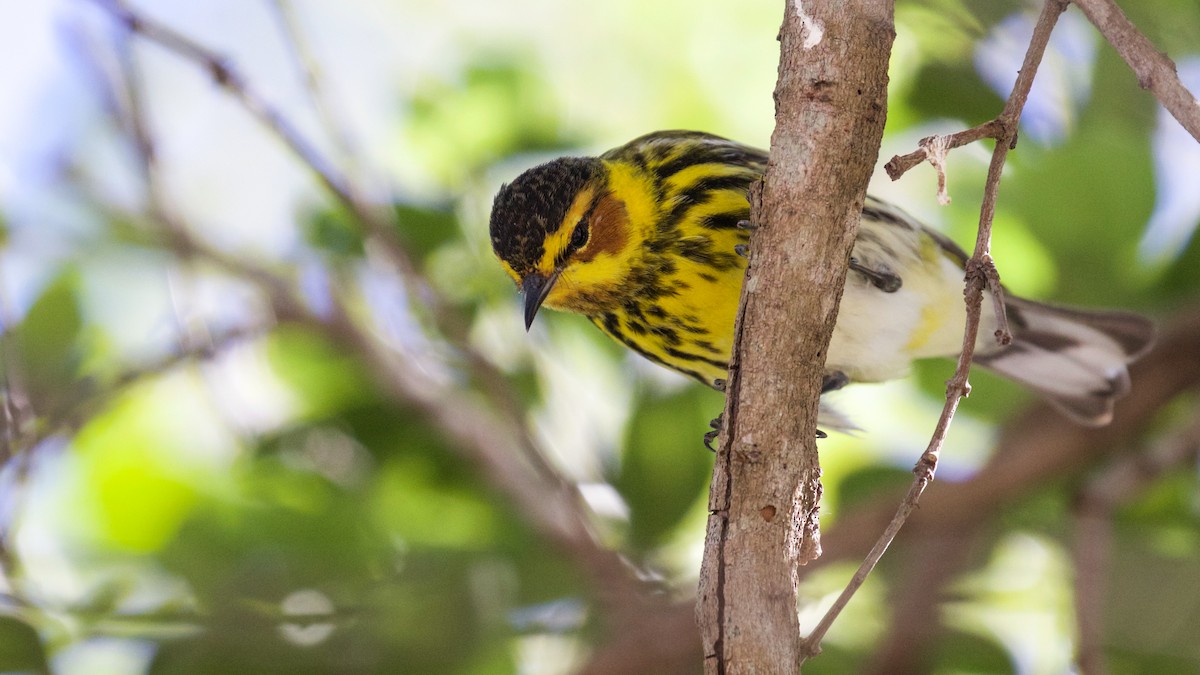 Additionally, the passage of the frontal boundary through Florida created this interesting set of conditions. What follow are two animations of reflectivity and velocity imagery from the KAMX Miami WSR-88D 24 April 2017. There are many images here, so leave yourself some time to watch animations or scroll through the images (and go here and here for a tutorial of how to interpret these sorts of images). Of particular interest (well, there are many interesting things happening in this series of images!!!) is a pulse of migrating birds visible in the 0600EDT to 1400 EDT (1000 GMT to 1800 GMT) imagery. Migrants are moving toward and parallel to the southern tip of the Florida Peninsula, with a clear and rather significant diurnal movement over water to the east of the Peninsula.

The text above highlights the numbers of warblers observed on the ground in some areas, but also worth highlighting is the number of birds (including warblers presumably) offshore and continuing over water. The reflectivity imagery shows us the magnitude of these movements, and BirdCast would likely classify this as a light to moderate trans-Gulf arrival. We see such arrivals frequently in the spring, usually between Cuba and the Florida Keys. Seeing an arrival of this sort so far east is unusual. In the velocity imagery below our reflectivity animation, let’s get quickly oriented to what this movement is doing: greens represent birds (and other biologicals so to speak like insects and maybe bats) moving toward the radar, reds represent birds (and such) moving away from the radar. We see this orientation in the migrants offshore to the east of Miami. We also see a different pattern to the west as our time in this window passes, with greens in southern and southwestern Florida oriented in a different direction relative to the radar; this is aerial plankton, passive drifters in the atmosphere moving with winds associated with arriving westerly and northwesterly flow, and also some precipitation.

Birds almost certainly do not want to remain over water to the east of the Peninsula in these winds, since drifting father east with these winds may not be advantageous for a number of reasons. Many birds may be either making their way back to the coast or descending to land in coastal Florida, as clearly a large number of birds did today; but will some of the birds moving in parallel to the coast be drifted farther out to sea, into the circulation of the slowly building low pressure system farther north, and then continue flying downwind until they reach a safe place to land? Will Blackpoll and Cape May Warblers end up arriving far to the north of their intended destinations later this week as a result of this?