Research: How Will the Winds of Climate Change Affect Migratory Birds?

Ithaca, NY—Under future climate scenarios, changing winds may make it harder for North American birds to migrate southward in the autumn, but make it easier for them to come back north in the spring. Researchers from the Cornell Lab of Ornithology came to this conclusion using data from 143 weather radar stations to estimate the altitude, density, and direction birds took during spring and autumn migrations over several years. They also extracted wind data from 28 different climate change projections in the most recent report from the Intergovernmental Panel on Climate Change (IPCC). Their findings were published in the journal Global Change Biology.

“We combined these data to estimate how wind assistance is expected to change during this century under global climate change,” explains lead author Frank La Sorte, a Cornell Lab of Ornithology scientist. “This matters for migratory birds because they use more energy flying into headwinds. But they get a nice boost from tailwinds so they can conserve energy during flight.”

La Sorte and co-authors project that winds from the south are expected to become stronger by the end of the century during both spring and fall migration periods. Winds from the west may be stronger during spring migration and slightly weaker during the fall. Westerly winds are much more variable overall and harder to predict because they are tied to erratic fluctuations in the high altitude jet stream. Wind changes will be most pronounced in the central and eastern portions of the continent. 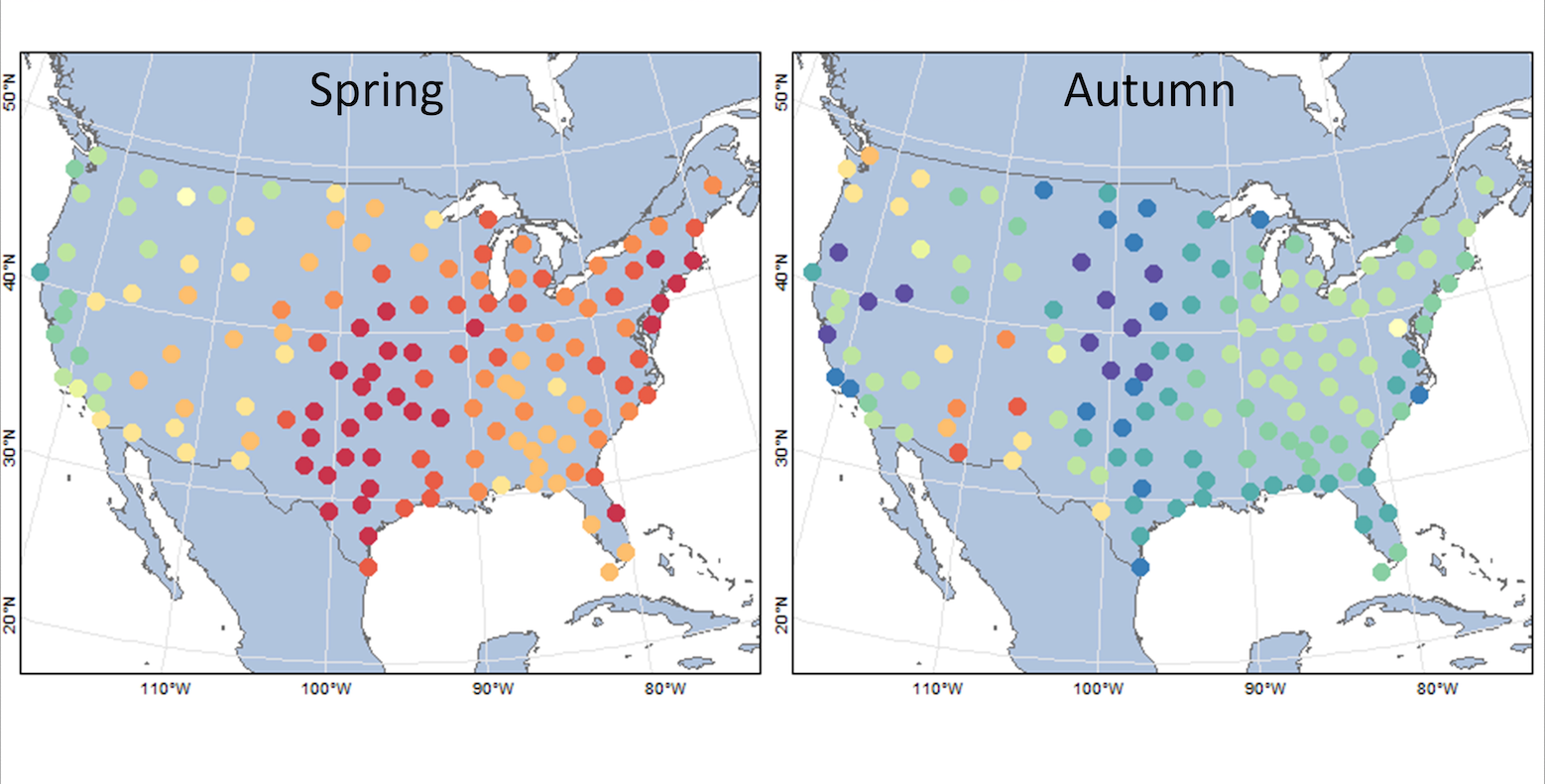 Across the eastern and especially the central portions of the continent, the efficiency of nocturnal migration is projected to increase in the spring and decrease in the autumn, potentially affecting time and energy expenditures for many migratory bird species. Warmer colors (red, orange) indicate stronger wind assistance. Cooler colors (purple, blue) show decreased wind assistance for bird flight. Graphic by Frank La Sorte, Cornell Lab of Ornithology.

With an assist from stronger tailwinds during spring migration, birds would likely arrive in better condition on their northern breeding grounds with better odds of survival. Their fall migration flights into stronger headwinds would drain more energy. If headwinds are too strong, birds may choose not to fly at all on a particular night, throwing off the timing of their migrations.

“The thing to remember about these projected wind changes is that they will not occur in isolation,” La Sorte says. “There will be other global change factors for birds to contend with, including changes in temperatures, rainfall, and land cover.”

Some birds may be able to adapt because the expected wind changes are likely to happen gradually. Studies also show that migratory birds already adjust their migration strategy under current conditions, altering their headings to compensate for winds that push them from their intended flight path.

“The bottom line is that some climate change effects could be negative for migratory birds, and some might even be positive, at least during a specific phase of their migration,” says La Sorte. “There’s an awful lot of uncertainty because both climate and migration are complex systems that can intersect in many different ways.”

Support for this study came from The Wolf Creek Charitable Foundation, Amazon Web Services, and the National Science Foundation.