Once again, we’ll highlight some species that took advantage of the weekend to move.

First, let’s check in with Red-necked Grebe again. Recall that at this time last week, this species was on the increase in the Upper Midwest and Northeast. We interpreted this peak as “numerous displaced and confused winter birds still finding many areas with poor conditions for open water in many northern lakes.” This week, we see a striking reversal of this pattern. Why? Have the birds since gathered in areas of concentration, thus appearing on fewer checklists, or have they retreated to open bodies of water (e.g., rivers)? Or, is it possible that some didn’t make it through the cold snap following the short warming trend? 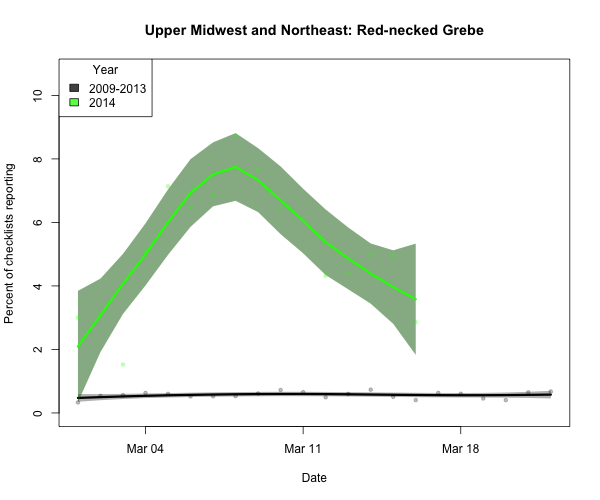 We hope that fatalities do not explain a large part of this pattern. However, it is clear that the iced Great Lakes are having an adverse effect on waterfowl of several species. Dying ducks on ice-covered Lake Michigan received press this past week, for example in the Chicago Tribune (article and photos).

More positively, Ospreys are starting to fill in their northern breeding territories on schedule, making significant progress over the weekend. 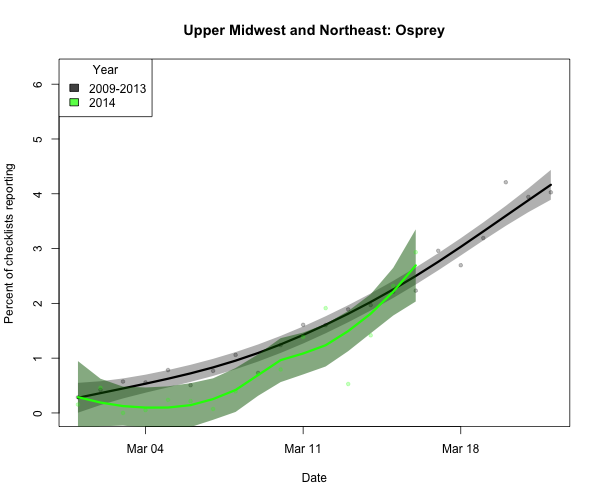 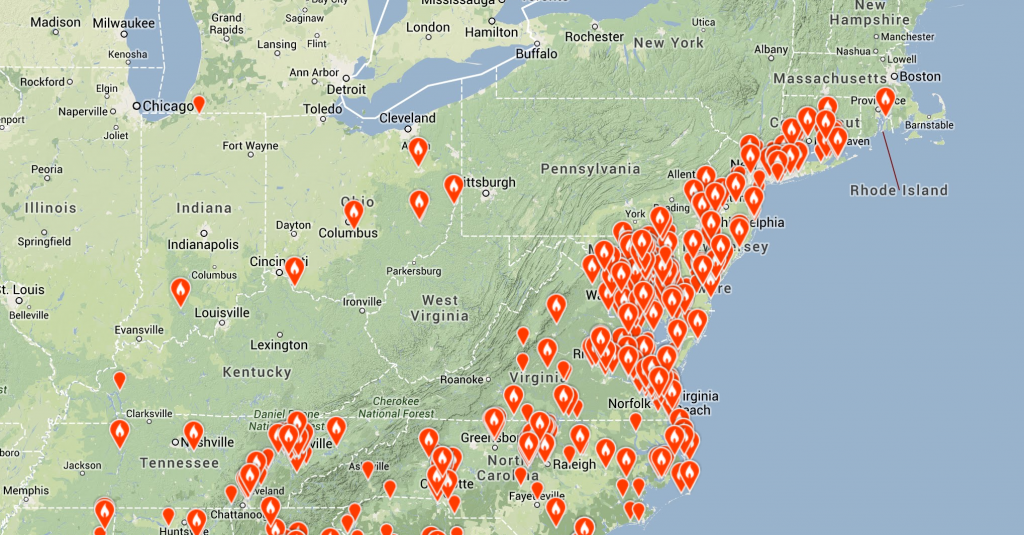 An interesting lack of movement has been Eastern Phoebe — despite a few individuals ahead of the curve, the cold appears to have kept this species further south in March than in recent years. 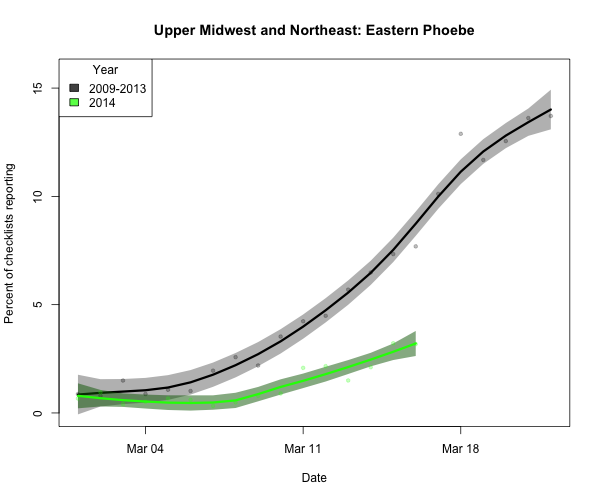 Ducks of various species pushed north this weekend, especially in the Great Plains (with the interesting exception of Blue-winged Teal). 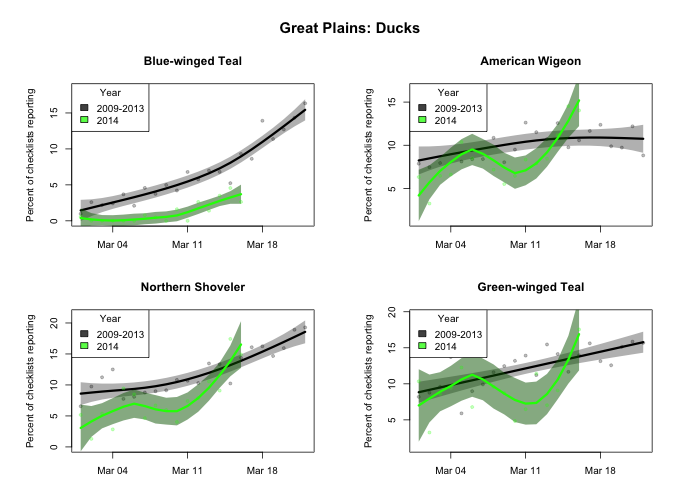 In the Southeast, waterfowl like Northern Pintail are decreasing in number, as expected: 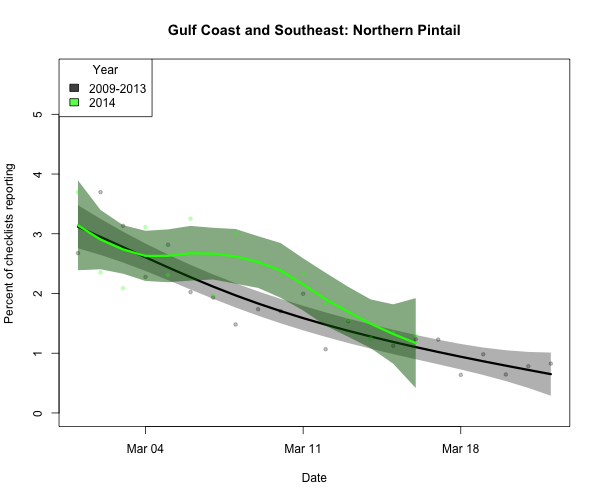 On Friday, we mentioned that Barn Swallows are increasing in the Southeast. Over the weekend, other swallow species made substantial jumps too, including Cliff and Northern Rough-winged. 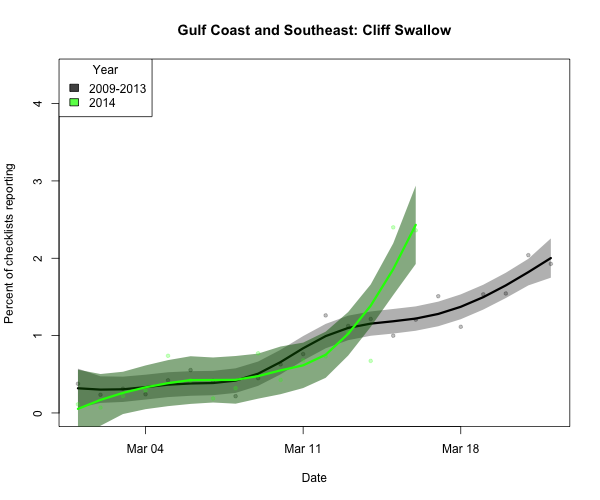 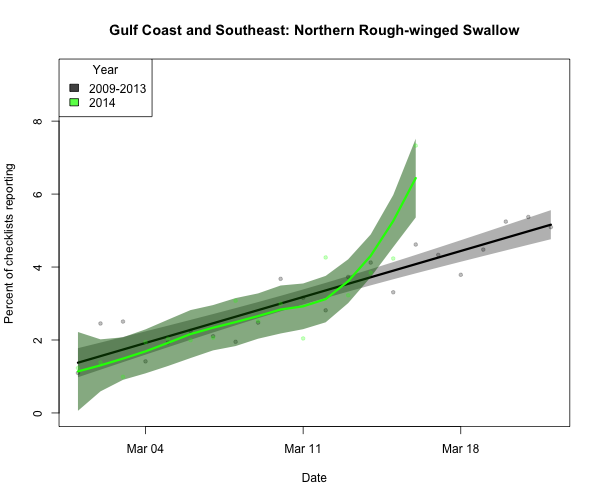 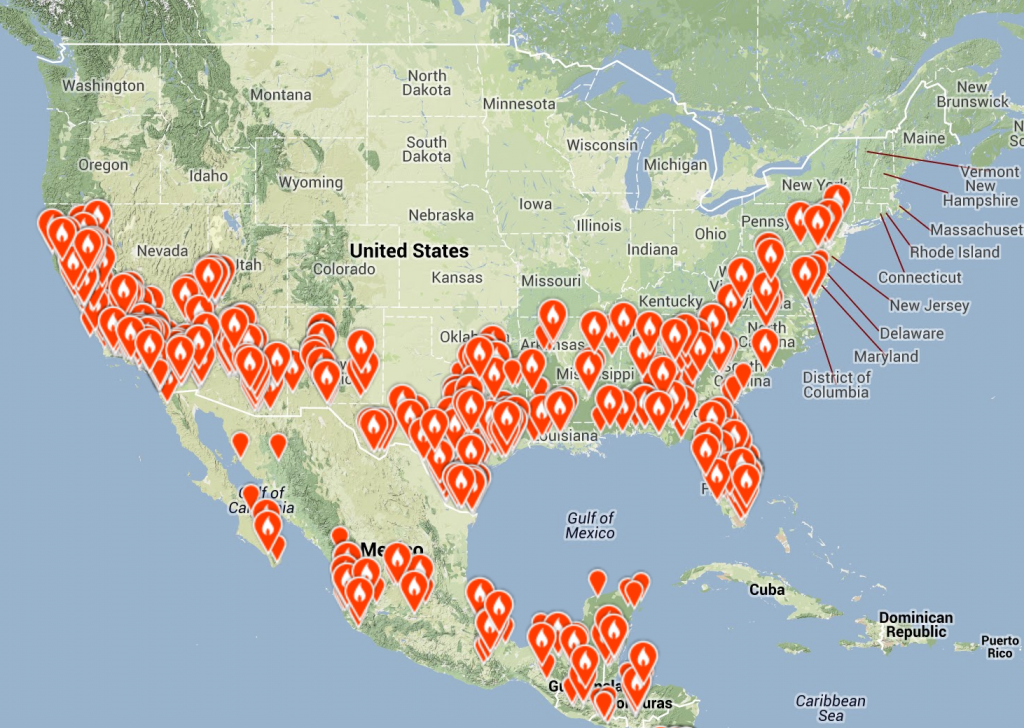 The red pins show Northern Rough-winged Swallow reports from eBird users to date in March 2014. This species has reached parts of the Northeast already!

Finally, several species are moving in the West as well, and some are interestingly well ahead of the last five years’ pace. Such birds include Pacific-slope Flycatcher and Hooded Oriole. Could we be seeing the product of successful past early arrivers given recent warmer and drier Spring seasons? 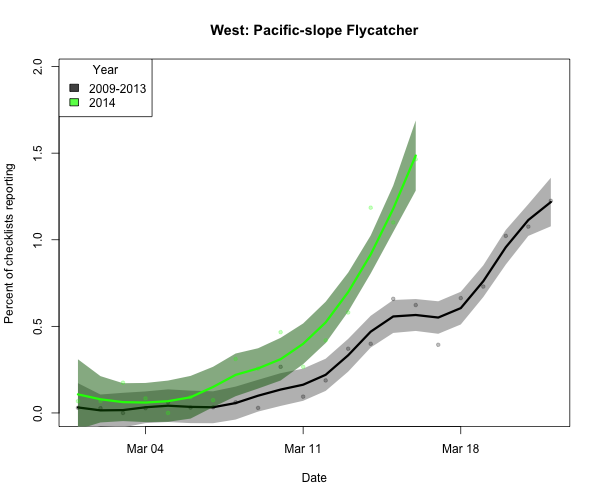 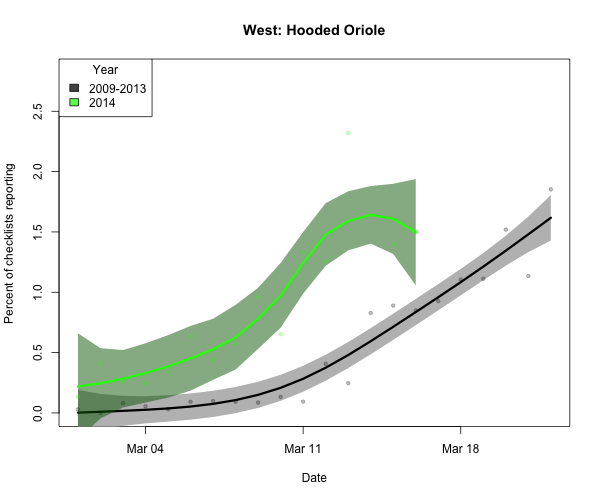