Here’s a brief recap of of some species that showed substantial changes in reporting on eBird this past weekend.

From the Great Lakes and Northeast region, several species took advantage of favorable conditions, especially in the early part of the weekend. Tree Swallows, Eastern Phoebe, Blue-winged Teal, and Osprey all made moves during this time. 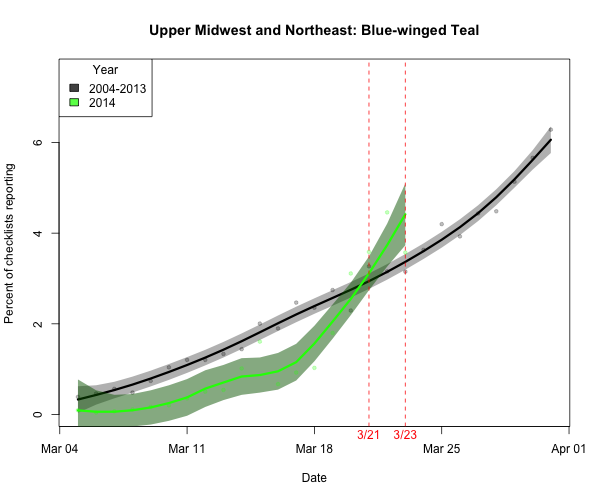 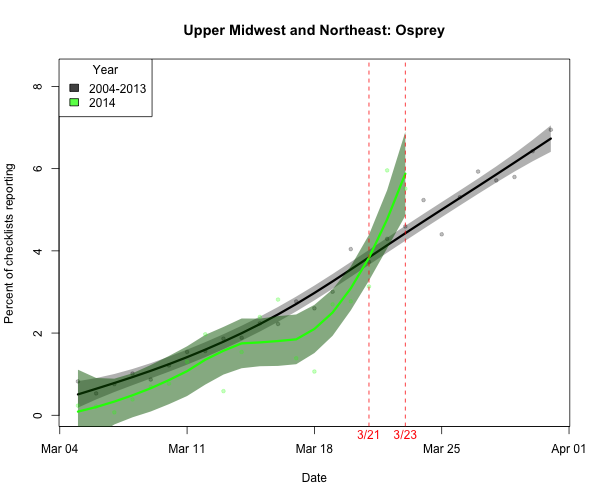 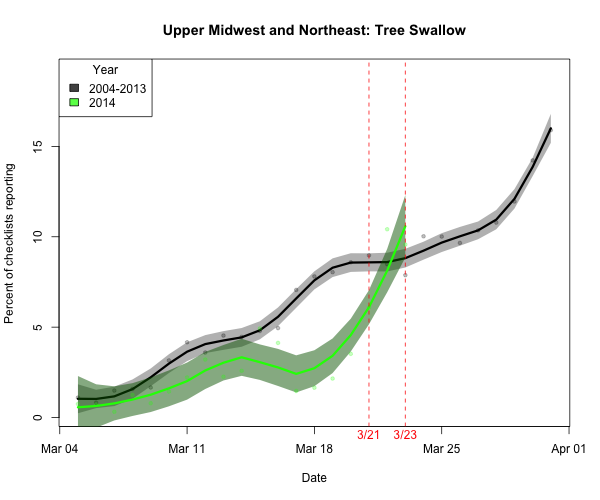 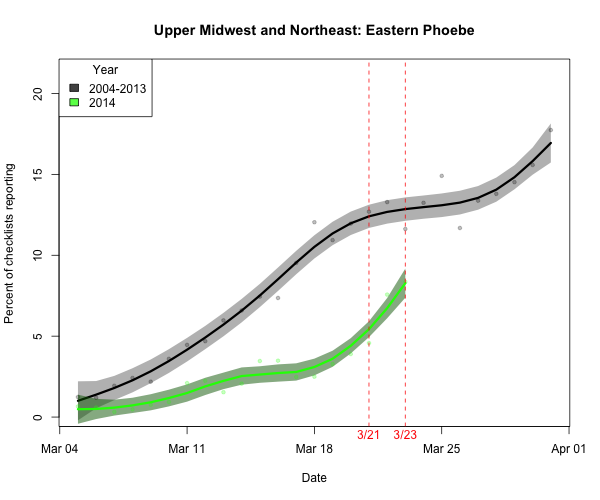 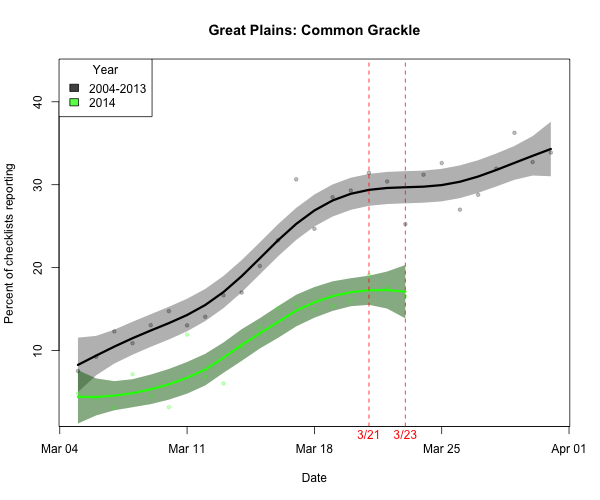 For example, Common Grackle appears to be lagging behind normal pace, but it didn’t become more widespread in the region this weekend.

The Southeast saw favorable conditions for the first part of the weekend, and corresponding increases in several species, including swallows. 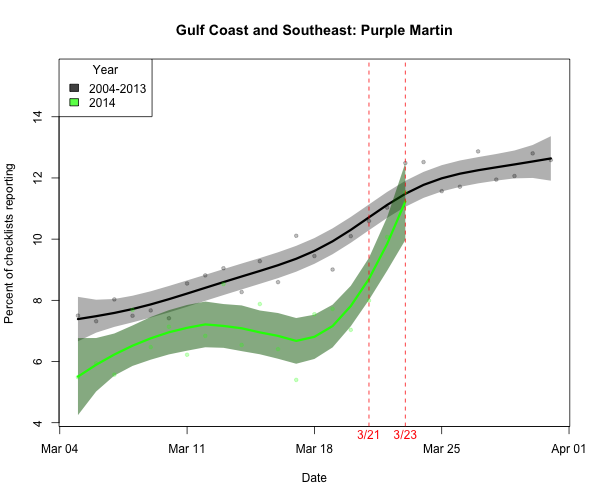 Baird’s Sandpiper and Franklin’s Gull are two species that are already starting to push into the central part of the country, with many more on the way! 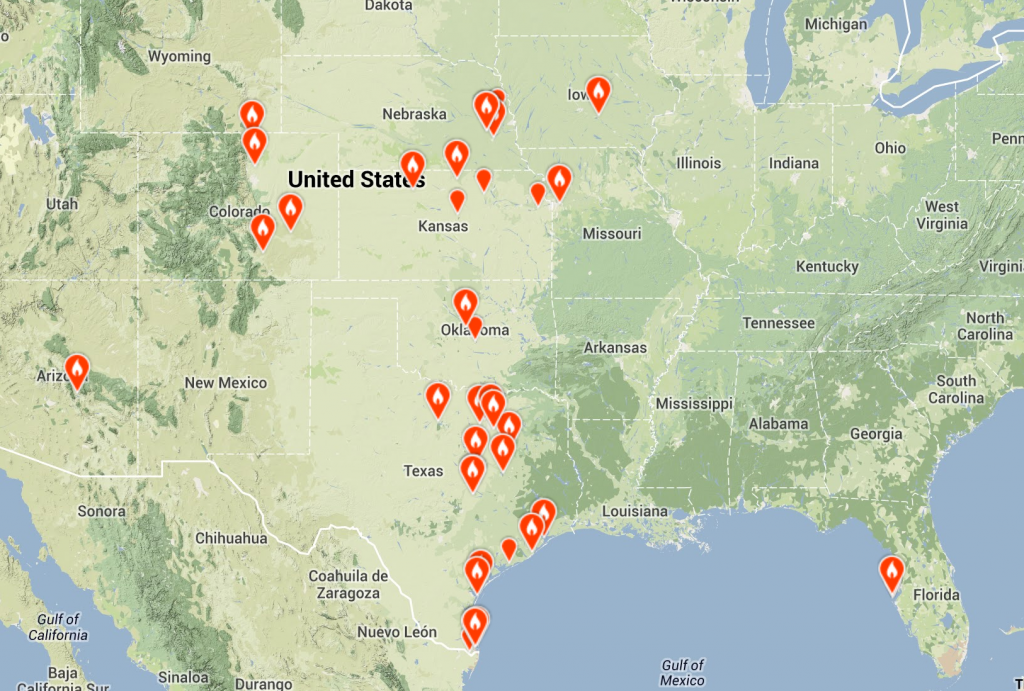 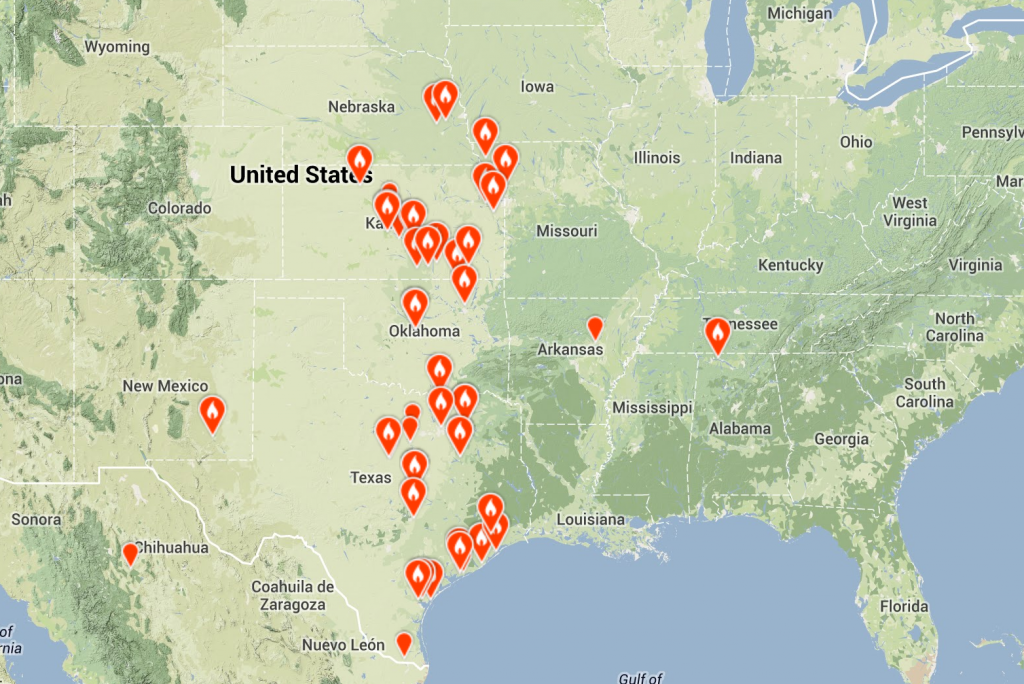 Finally, many species showed increases in the West as well, such as House Wren and Violet-green Swallow. 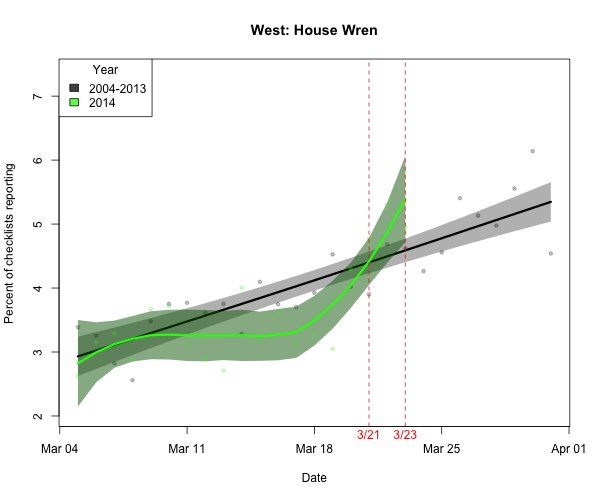 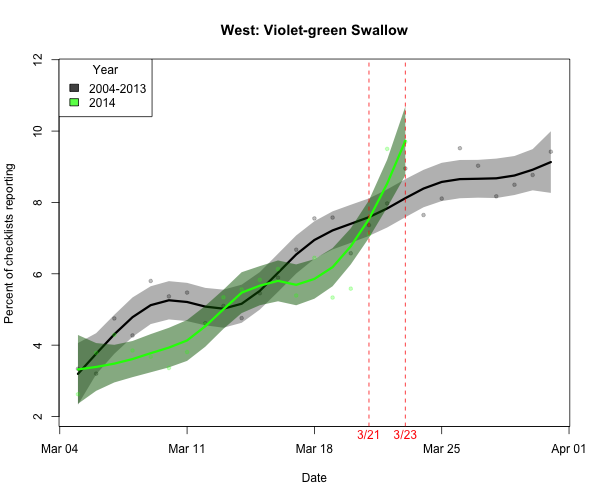