Although most of the US is firmly in the midst of typical summer conditions, fall migration is already under way for many species. BirdCast will begin its weekly series of forecast and analysis and species on the move in early August, but there are changes a foot now to discuss! And migrants to see, so get out there, bird your local patch, and submit all of your data to eBird! Here we briefly highlight a few changes of potential interest.

Some changes are subtle, such as in Yellow Warbler and Chipping Sparrow. Yellow Warblers are on the move at night, with the first flight calls for this species probably apparent since the beginning of July in some parts of the country. In the figure below, one can see the current frequencies of occurrence for this species across the four BirdCast regions as well as historical frequencies from 2004-2013. 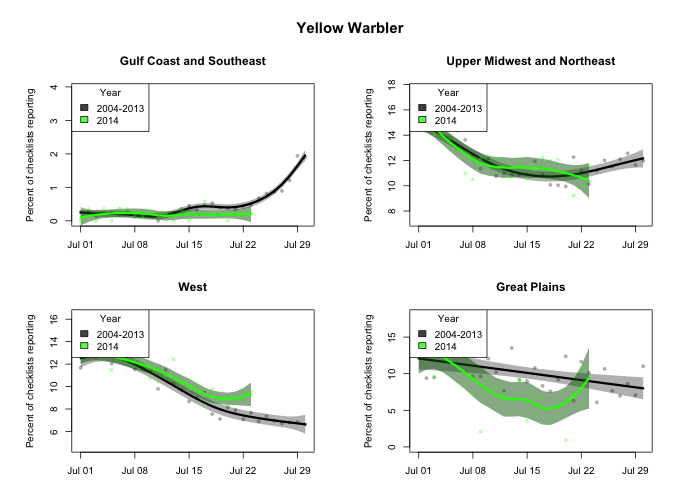 Changes in Chipping Sparrow are also subtle but apparent depending on where you are. Again, nocturnal listening in some parts of the country, particularly the West, may highlight these subtle movements in a more tractable manner, albeit acoustic, than typical day time birding. 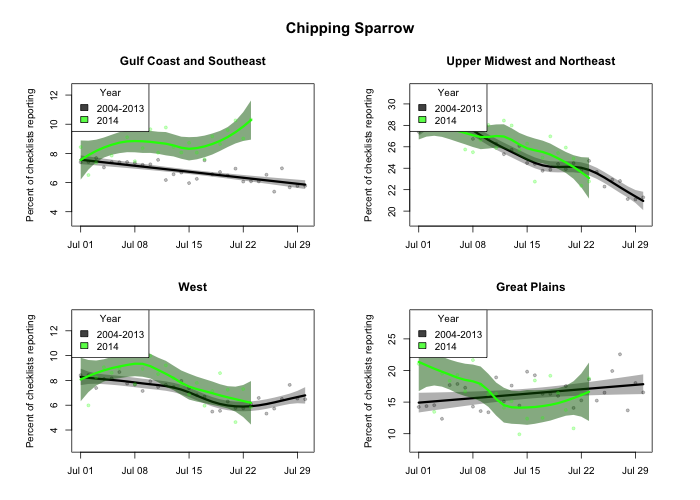 More striking changes in the last week have probably come in the form of increasing numbers of shorebirds across the continent. 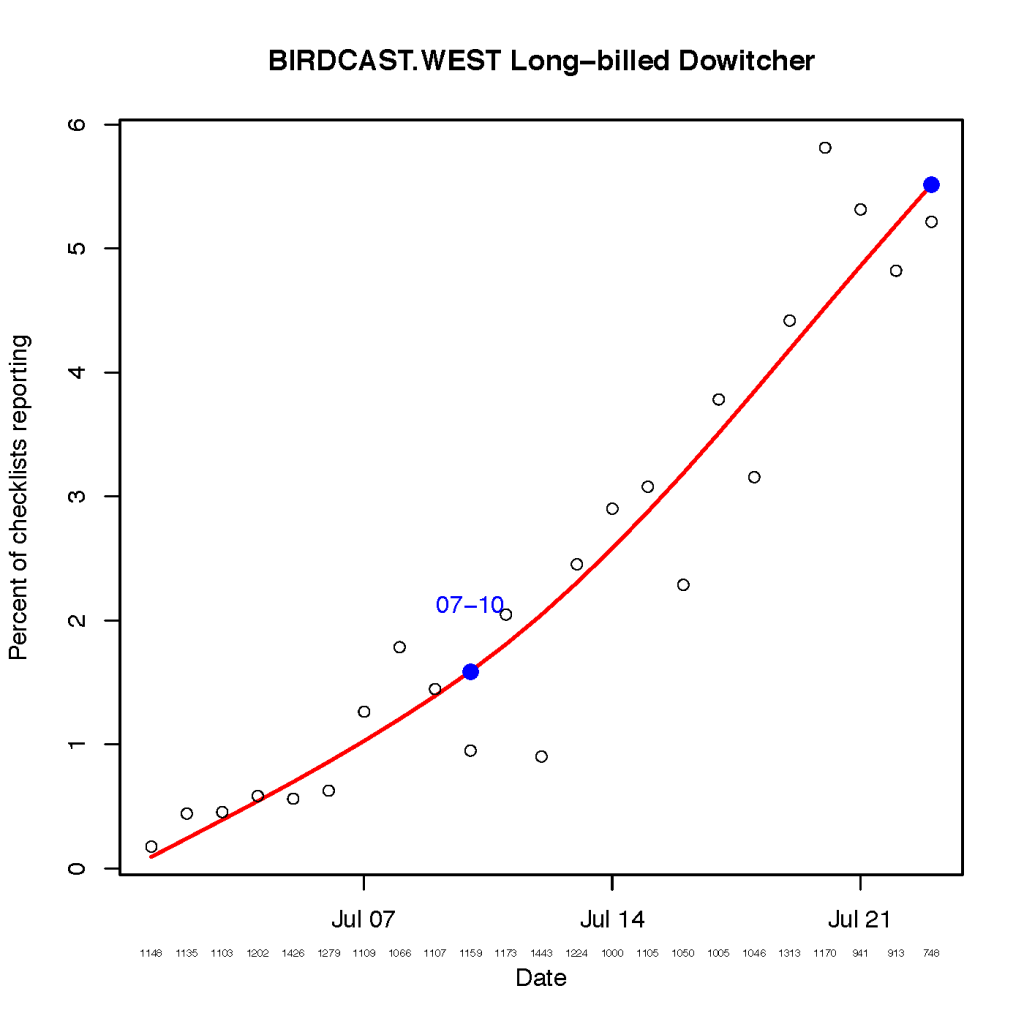 So too have Greater Yellowlegs, Baird’s Sandpiper, and Short-billed Dowitcher in the Great Plains; 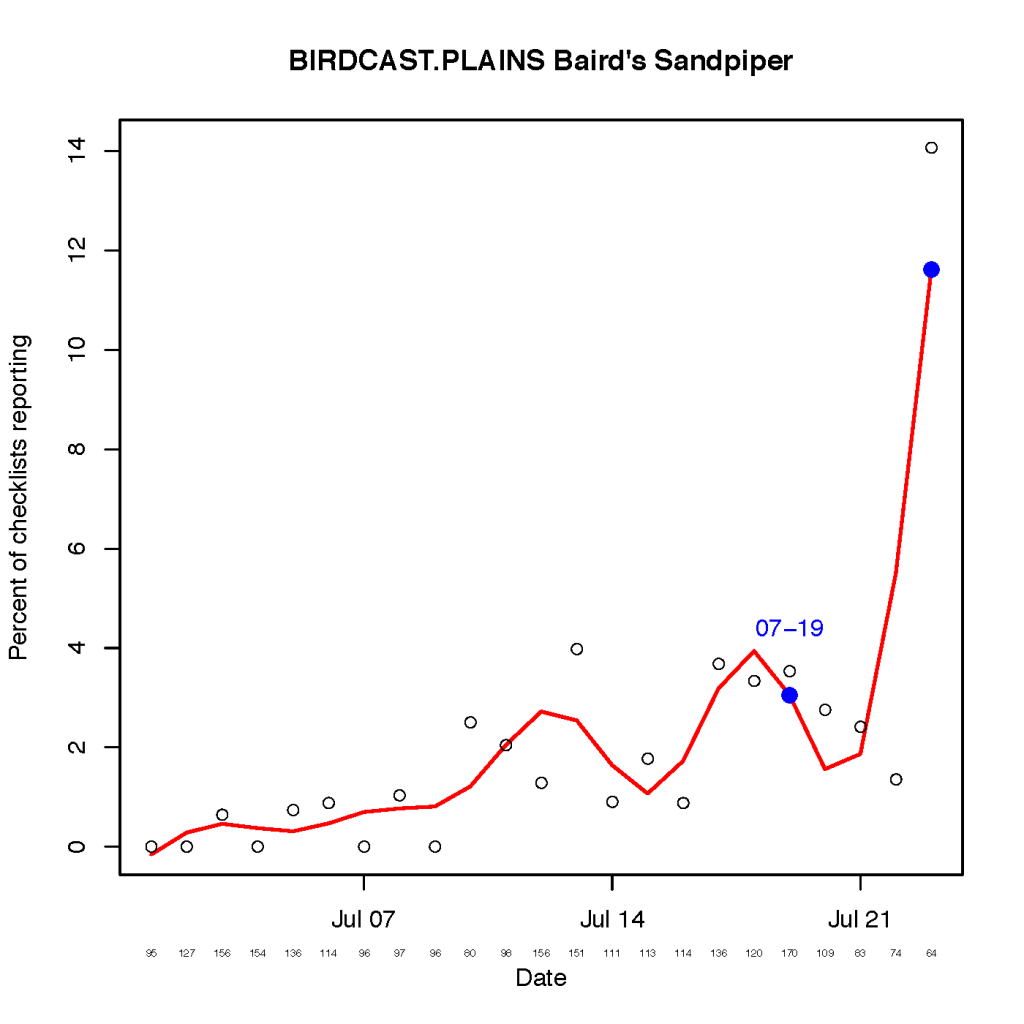 Semipalmated Plover and Least Sandpiper in the Northeast and Upper Midwest; 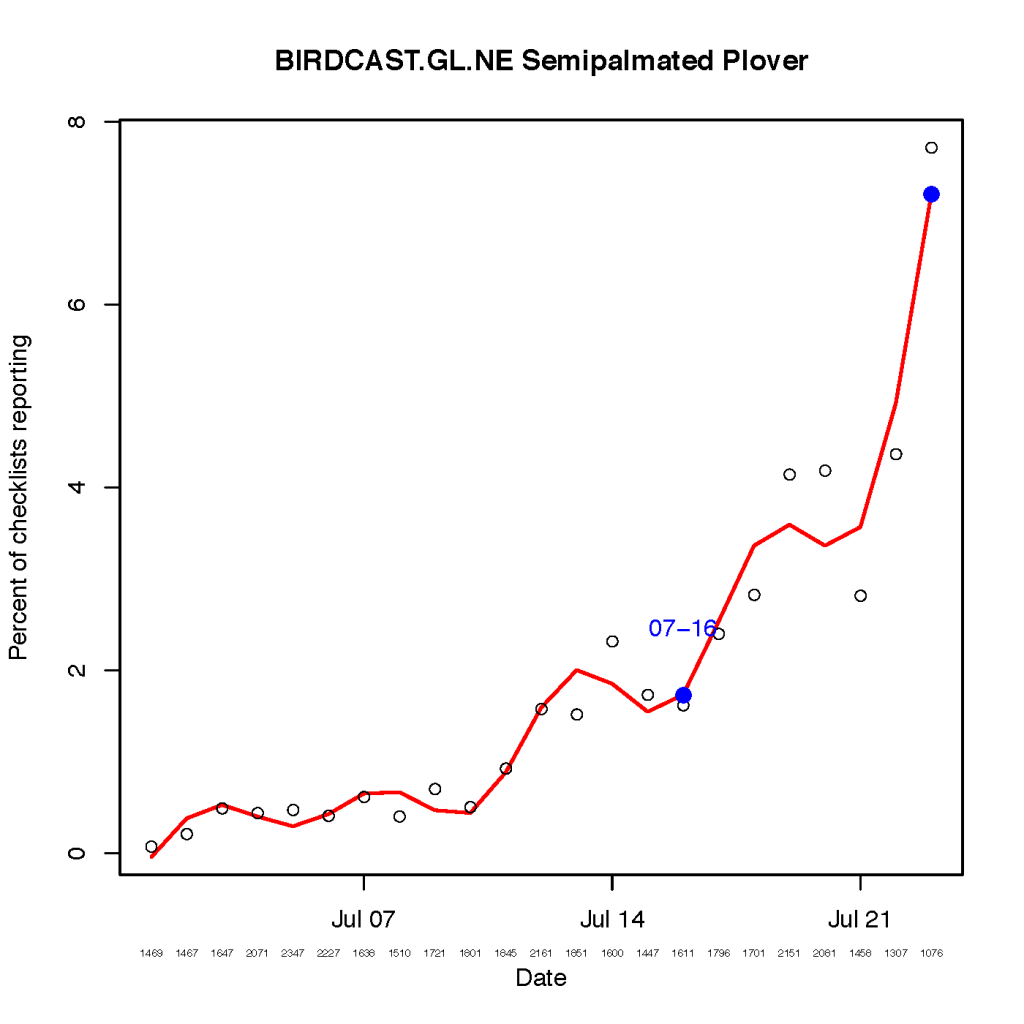 and Spotted Sandpiper and Solitary Sandpiper in the Southeast and Gulf Coast. 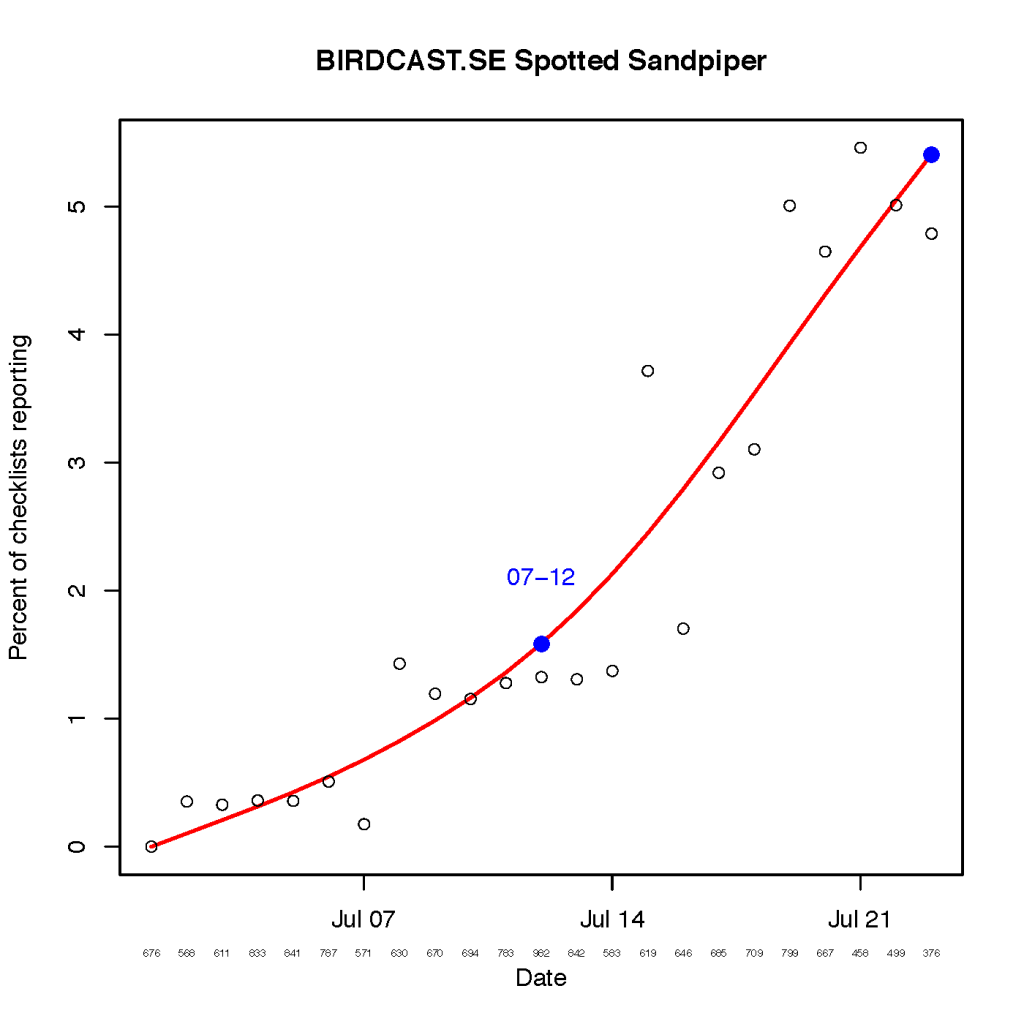