Spring migration 2020: Key West migration goes viral (and this is just the beginning!)

Team BirdCast knows (er … hopes?) that our audience comprises more than birders, ornithologists, and radar aeroecologists. But whenever news of radar and bird migration make headlines and begin to circulate more widely in realms of public discourse, we are thrilled, regardless of stories’ origins and outlets. Recently, a tweet from the National Weather Service in Key West went viral, spread and has now been covered extensively by social and news media outlets. If you have not seen the imagery, check out the NWS Key West post; and even if you have seen it, look at a few highlights and comments below:

NWS Key West reported on bird migration captured by the KBYX radar on 17 February 2020. This frame captures the departures of birds from Key West, noticeable in the green and yellow patterns to the northeast of Key West. In the animation posted to Twitter, you can see the patterns’ movements to the north.

Also apparent in their posted animation is another wave of migrants captured in the radar data, occurring later in the evening, representing birds approaching the US from Cuba:

Later in the evening of 17-18 February birds originating from Cuba and perhaps points farther south appear in Key West airspace.

As the evening progresses, migration overspreads the Keys and continues to appear in the KBYX radar imagery:

Birds continue overflying the Florida Keys as migration continues over the course of the night, with many birds apparent (green and yellow patterns) across much of the Florida Keys.

To put these movements in perspective, let’s revisit a figure from a recent publication (Figure 4, from Horton et al. 2019 published in the journal Global Change Biology) highlighting the enormous movements (billions!) of birds still to come through Florida and the Gulf of Mexico region in the next three months! 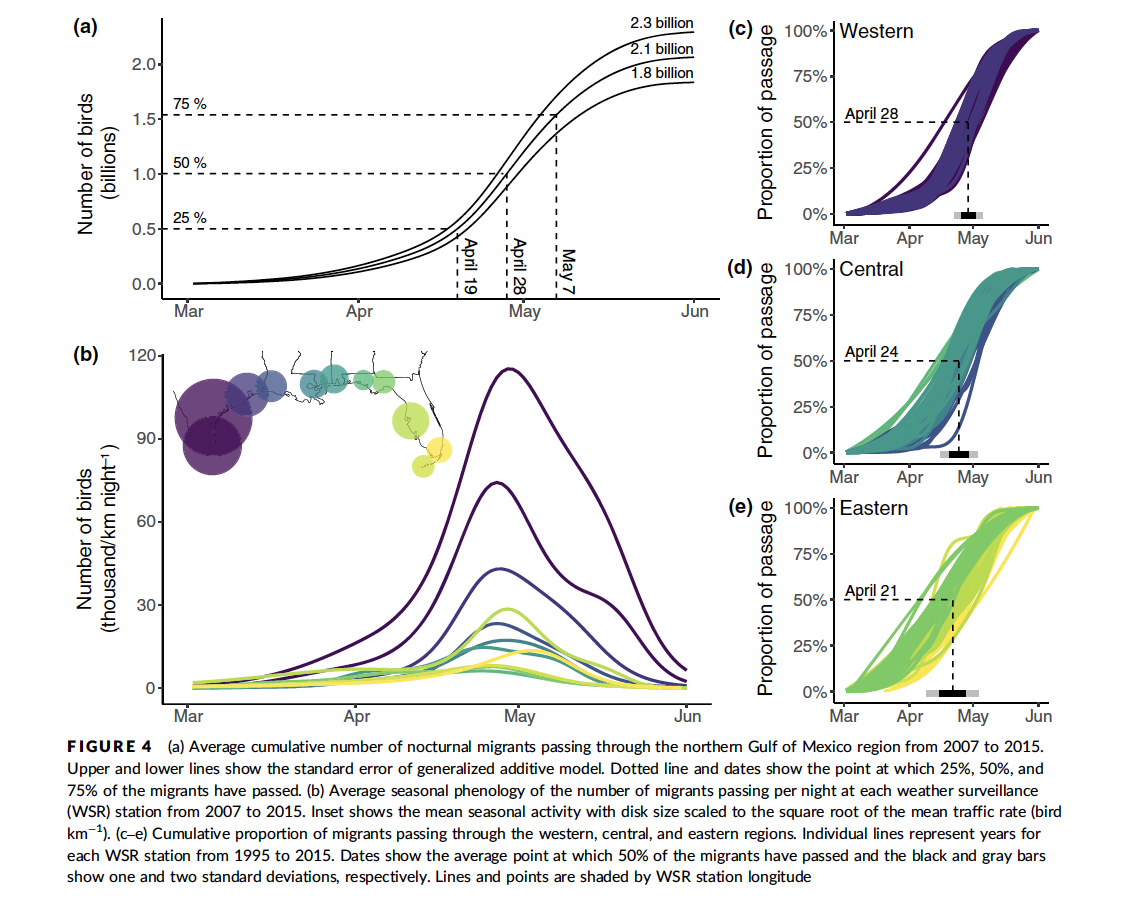 Also, let’s remember a few (of many) important points: