With a month of the official hurricane season already in the books, Hurricane Arthur arrives on the scene. This Category Two storm is forecast to graze the Outer Banks of North Carolina before shooting off to the Northeast through the Canadian Maritimes toward Greenland.

There is a precedent for what we might expect from this storm from an ornithological perspective. In 1996 Hurricane Bertha skirted the Bahamas, with the eye coming ashore in southern North Carolina before its circulation tracked up the Atlantic Coast into New England. 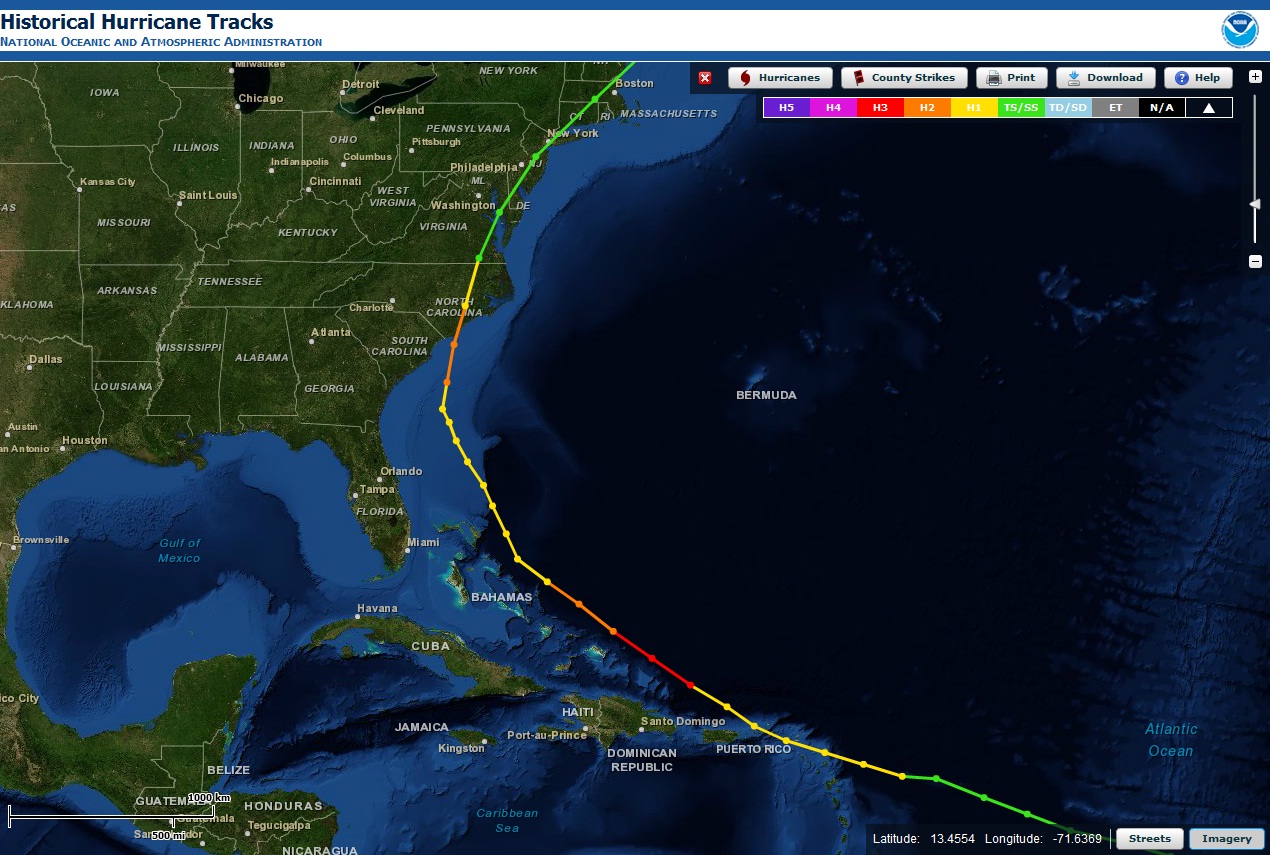 Given the projected path of Arthur, which has circulation almost entirely far offshore after passing over the Outer Banks of North Carolina, some entrained and displaced birds are likely to make landfall in the Canadian Maritimes, presumably in Nova Scotia and Newfoundland in areas in the wake of the Northeastern quadrant of the storm (where southeasterly winds will be blowing). However, birders in New England should watch the progress of this storm as well, as slight changes in its forecast track are possible, with a slight chance at presence for a glancing blow at Cape Cod. Portions of North Carolina and Virginia will see concentrations of displaced birds (particularly near shore species) in immediate coastal vicinities, given the southeasterly winds buffeting the coast as the eye comes ashore before moving Northeast. The species list will presumably be similar to Bertha’s 1996 haul, with the possibilities including Black-capped Petrel, Cory’s and Audubon’s Shearwaters, Wilson’s, Leach’s and Band-rumped Storm-Petrels, and Bridled and Sooty Terns among others. Please see this hurricane birding primer posted on eBird in 2011 for more detailed discussions about hurricanes and birding in and around them.

Any birders chasing storm birds should exercise extreme caution and make safety the number one priority. Even a Category One and Two storm can be dangerous. With this in mind, the best birding and the greatest chance to encounter entrained and displaced birds is in the hours directly after the center of circulation passes. Many storm birds seek to reorient immediately, and by the morning following the storm’s passage many storm waifs will be long on their ways back to their origins.