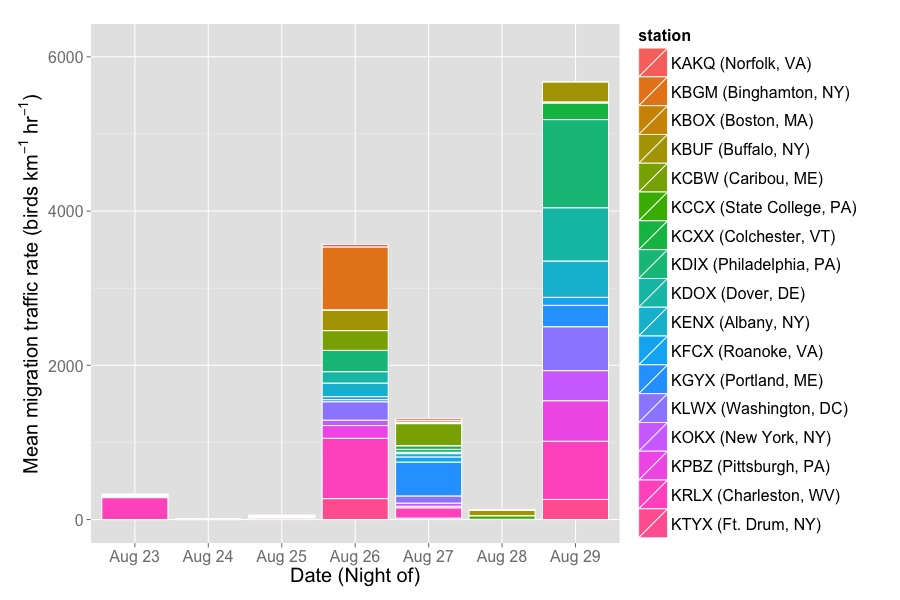 Flights were particularly large on this night over more inland locations from central New York south and west into West Virginia. Note that movements are generally oriented toward south or southwest, including migrants making a jump across water from Long Island to New Jersey and DelMarVa (presumably). Later in the night, a pattern typical of nocturnal migration in the region begins to occur: birds begin to shift flight directions more westerly. This is visible particularly from stations’ data to the west and south of the Hudson River and Long Island, NY.

A large flight occurred on this night, apparent first in more northern reaches and last in more southern reaches. Migrants generally moved in a southwesterly direction, typical of many movements during fall in the region. Note, not surprisingly given high pressure over the western North Atlantic and calm or somewhat easterly surface winds, there is no indication of trans-Atlantic takeoffs that sometimes characterize flight directions in coastal areas during this time of the year.

Species on the move

The following species were on the move across the region during the period. Additional information will appear later this week in our weekly regional migration analysis post.