Wide-awake … on the Atlantic Seaboard 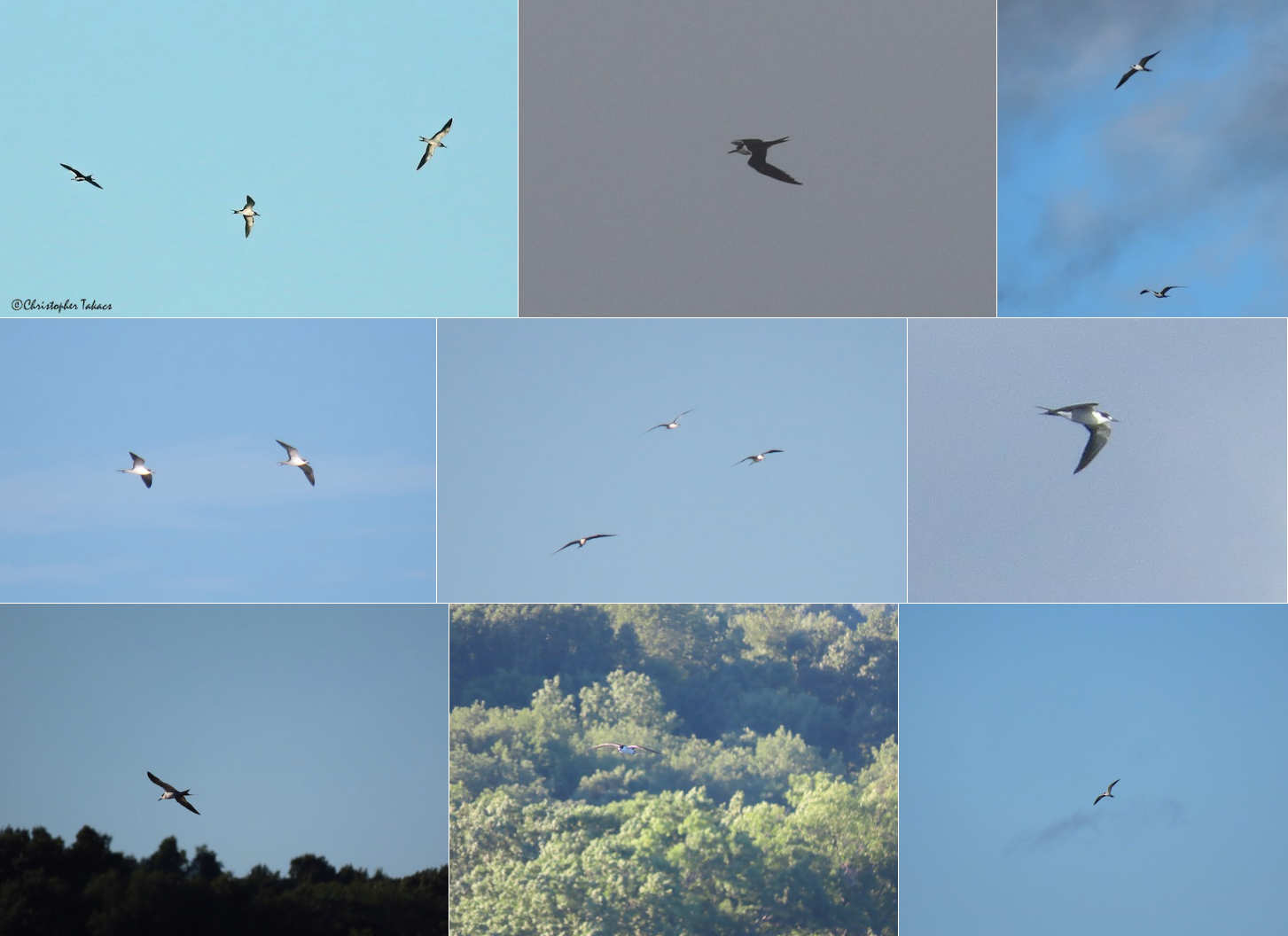 A series of photographs from various observers in New Jersey documenting the occurrence of Sooty Tern in the wake of Isaias. Macaulay Library. Various eBird checklists.

With nods to U2 and an appropriate onomatopoeic vernacular name …

Sooty Tern is often the bird of tropical weather systems once they come ashore (or very close to shore). Numerous records of far-flung individuals pepper the archives of such weather systems, and Hurricane/Tropical Storm Isaias was no exception.

Isaias gained strength over the Caribbean and then weakened to Tropical Storm status while stalling off the coast of Florida for over 36 hours from Saturday evening, 1 August  through Monday morning, 3 August. The storm regained hurricane strength off the Carolinas, with the storm center moving inland in North Carolina on Monday night. By Tuesday morning, 4 August, the storm center, now 50-100 miles inland in Virginia, proceeded rapidly up the east coast until the entire storm moved inland in southern New England and on up into the St Lawrence River valley.

As Isaias moved north, Sooty Terns were observed in many areas: for example, in Massachusetts, Rhode Island, Connecticut, New York, New Jersey and Virginia. In morning of 4 August, terns were being reported in Virginia (e.g. Chesapeake Bay), by late morning in coastal New Jersey and early afternoon in metropolitan New York. By mid afternoon birds appeared in Connecticut, and as the storm center tracked into upstate New York, 50 miles west of the Connecticut and Massachusetts borders, Sooty Terns were dropping into freshwater bodies, especially after precipitation cleared late in the afternoon and early in the evening. What follows is an accounting of observations from a number of astute observers (coordinated by Ned Brinkley, Doug Gochfeld, and Sean Williams among others, thank you!) and the times of these observations on 4 August (note, there are other observations that do not have specific times of Sooty Tern sightings):

There is a great opportunity here to look in greater detail than available for many previous storms to relate the timing of the arrival to the storm conditions and the storm position. Let’s look forward to pursuing this opportunity!

A final note – whereas it is not unusual for Sooty Tern to occur as a far flung vagrant in tropical weather systems, the pattern of occurrence from Isaias so exemplifies a fundamental feature of entrained birds and their distributions resulting from the passage of tropical systems that we need to highlight it! The map below shows observations of Sooty Tern reported to eBird, with each colored dot representing an observation on a particular day between 4-6 August (4 Aug, blue-green, 5 August, green, 6 August, yellow). The track of the storm is the red line. Observe that almost all Sooty Tern observations occurred to the east of the storm track. It is to the east of a cyclone’s track where winds are usually the strongest, particularly in the northeast quadrant of the storm where southereasterly flow around low pressure prevails, and subsequently where entrained and displaced birds usually occur. Although this attribute of bird distributions and storms falls between common knowledge, lore, and peer reviewed fact, Team BirdCast thought this visual to be particularly compelling. 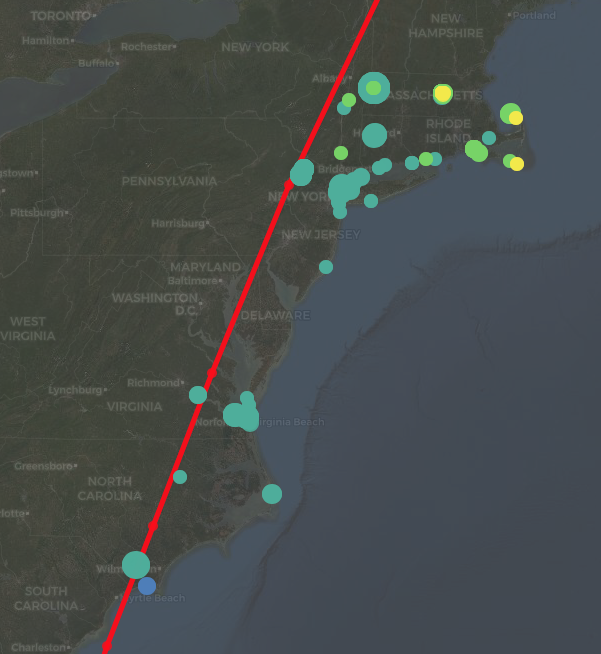