Some seriously anomalous displays of displacement, entrainment, diversion, and irruption, highlighted the birding landscape of 2012. Of particular note was the unprecedented invasion of Razorbills in the southeastern US and the Gulf of Mexico. BirdCast spent some time chronicling these events. 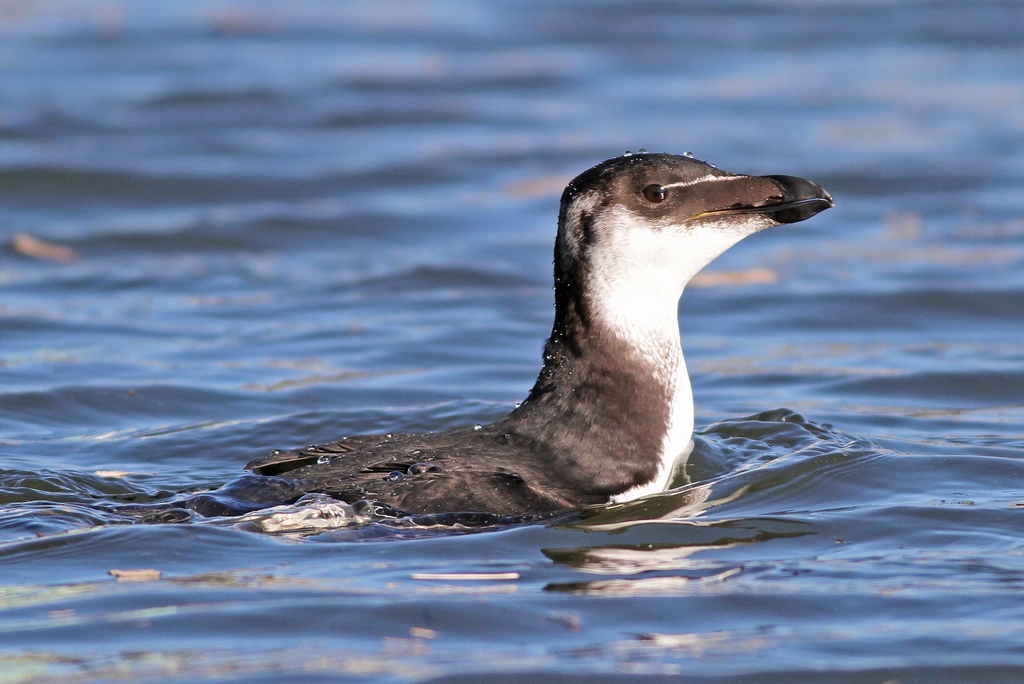 The species normally winters almost exclusively north of the mid-Atlantic states, but in November and December 2012 flocks (!) of this species reached the waters off of Florida, with some individuals rounding Cape Sable and appearing in the Gulf of Mexico! This was not a prophecy to fulfill the Mayan end of days, but was presumably a sign of highly anomalous ocean conditions in the northwest North Atlantic.

In addition to anomalously high sea surface temperatures offshore in the North Atlantic, a feature of this unusual Razorbill event may have been the meander of the Gulf Stream in the nearshore North Atlantic. Such meandering can be responsible for anomalously cold water close to southeastern coasts, as the Gulf Stream’s currents carry warmer waters farther away from land or dissociate allowing cooler waters to move south. Although not proven to be the primary drivers of the 2012 Razorbill extravaganza, the unique nature of events in 2012 provided a rare opportunity to ponder this combination of factors to explain the alcids’ flights. And of course other species may have been (and were likely) involved, too, in 2012 including substantial irruptions of  Black Scoter, Red-throated Loon, and Bonaparte’s Gull south of their typical ranges.

The North Atlantic may look similar this fall, at present, to 2012. In the image below, an area of anomalously cooler water is apparent close to the southeastern coast. In combination with a very warm North Atlantic offshore zone, is this the recipe to bring another round of Razorbills south into Florida? 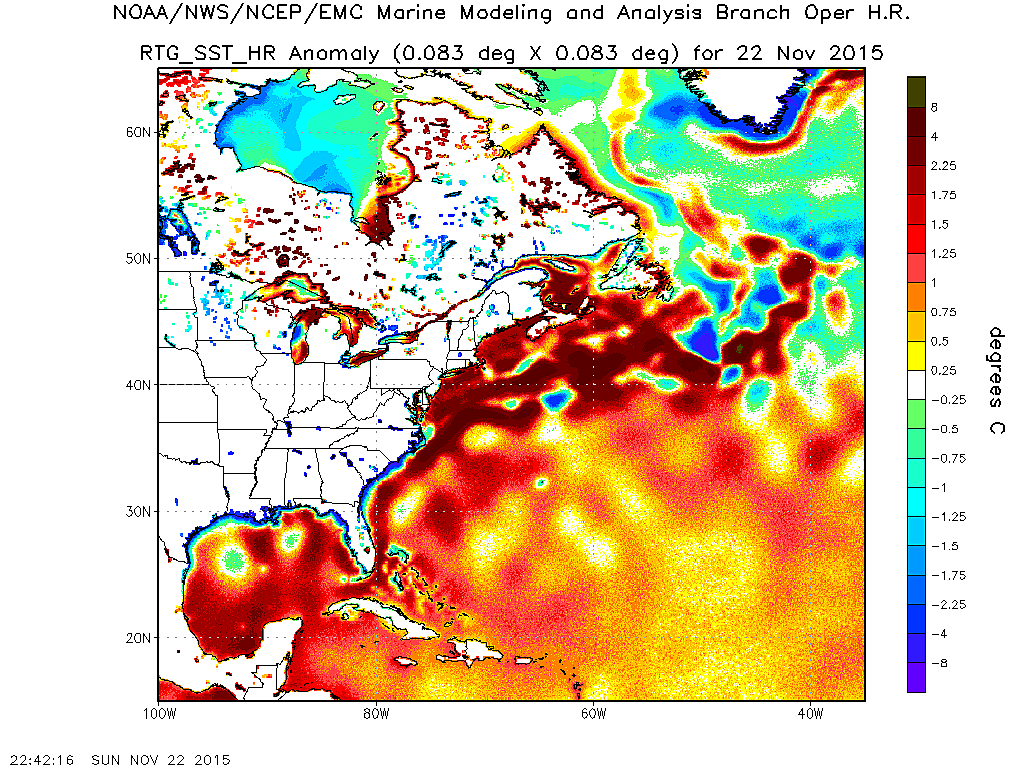 Compared to 2012, below, there are some differences. Notably, the ocean temperature anomaly was generally favoring cooler than normal temperatures nearshore and offshore off the southeastern coast in 2012. 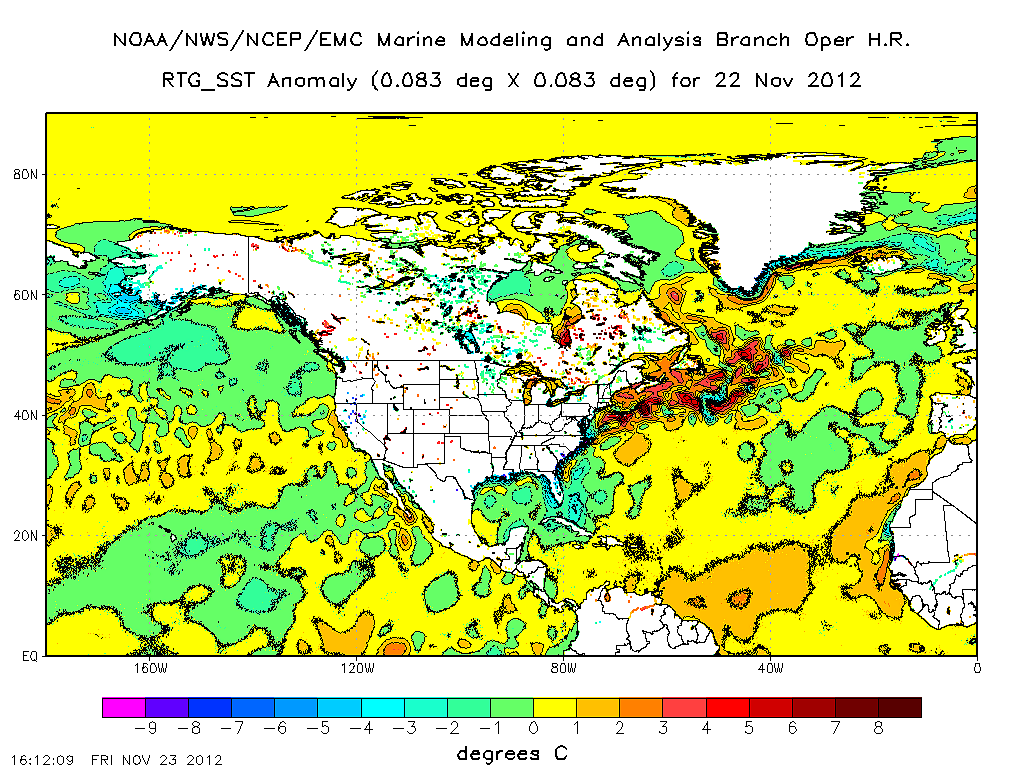 We will stay tuned, and hopefully you will too!