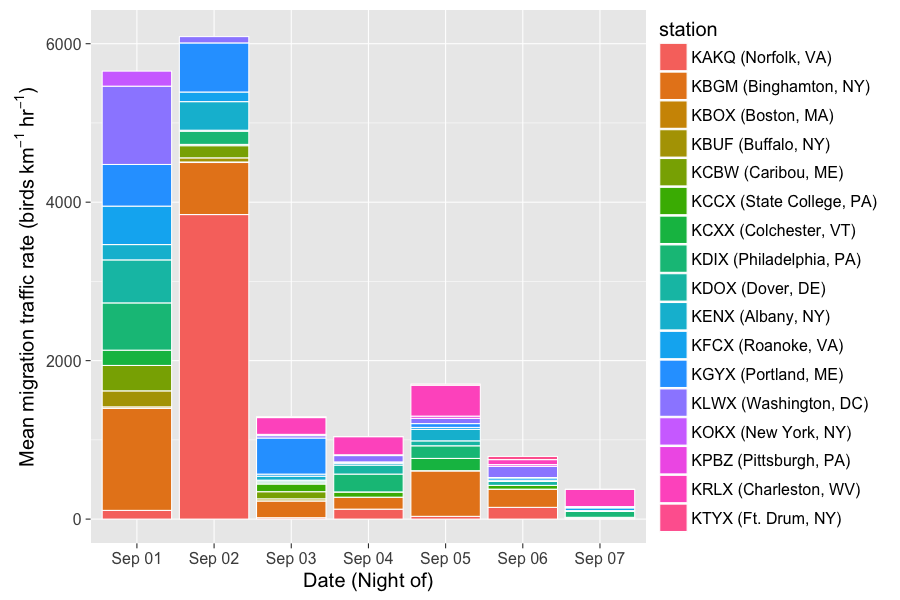 Migration traffic rates across the northeastern US from the night of 1 September to the morning of 8 September 2016. Note the large early period pulses on nights of 1 and 2 September.

A large flight generally moving to the southwest occurred across the region, with the early night pulses in more northerly and inland locations followed by a later night southern, coastal pulse.

Recall that for both of these nights easterly flow associated with the soon-to-arrive Post-Tropical Cyclone Hermine was setting up in coastal areas, likely keeping birds that might typically migrate toward or across the ocean further inland and close to shorelines.