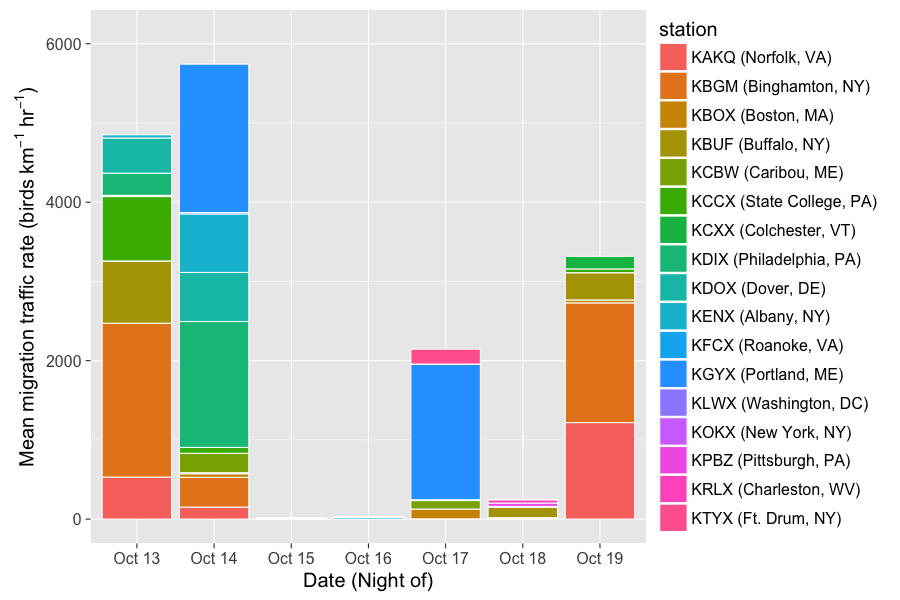 This week so far has featured some significant movements on 13, 14, and 19 October. Particularly active have been the Binghamton, NY, and Roanoke and Norfolk, VA radars. The loop that follows below shows a more detailed characterization of these movements.

A large flight generally moving to the south occurred primarily west and south of the Hudson River on the night of 13 October. As favorable conditions for flying extend to the east on 14 October, large coastal movements occurred, primarily earlier in the night and moving in generally southwesterly directions. Then, after several days that followed of unfavorable conditions, a large pulse of migrants departed on 19 October, moving generally to the southwest and south-southwest primarily from New York to the south and west but mostly east of the Appalachians.