Team BirdCast has not spent much time highlighting the center of the continent this spring, so we would like to take a moment to rectify this! In the live migration map below, we call your attention to some medium to high intensity migration occurring in the central and northern Great Plains. Note, these movements are connected to the generally favorable atmospheric conditions for spring migration building as high pressure in the southern Plains moves east after the strong frontal passage we highlighted in the previous post moves to the Atlantic. 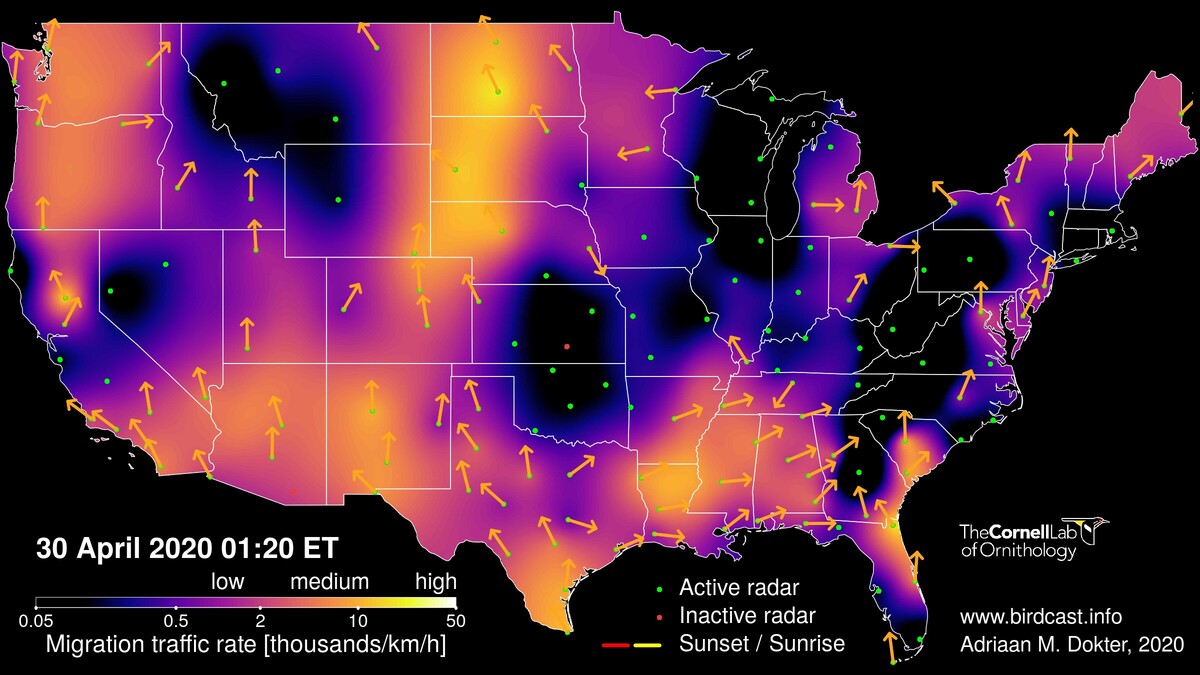 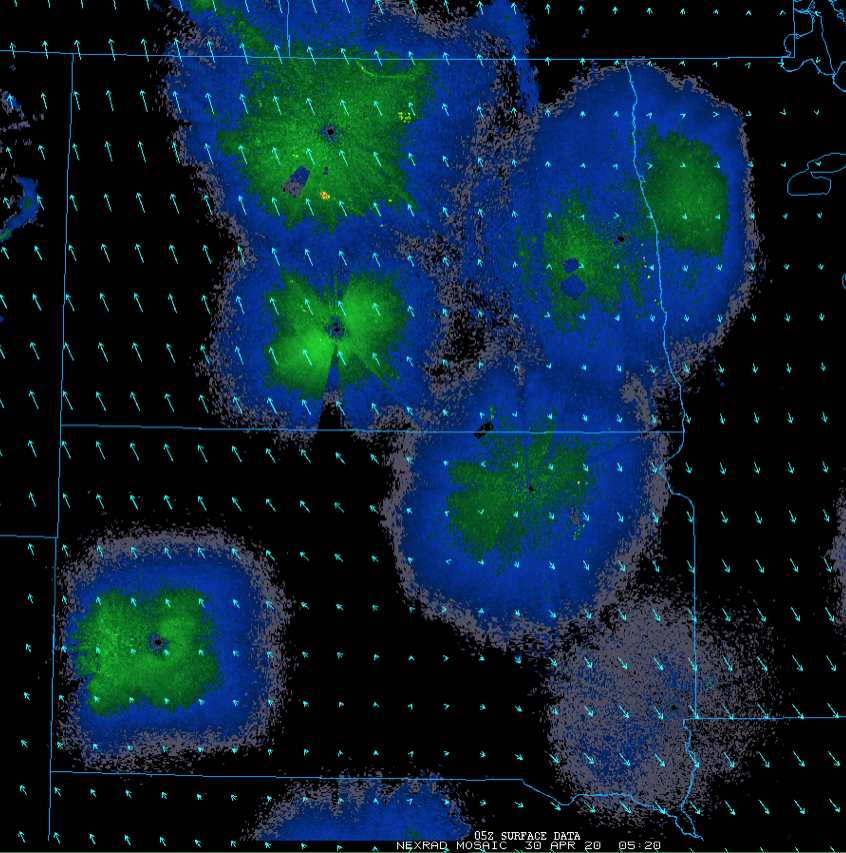 And because we have often received the criticism that, although birds do not stop at the US-Canada border, we do not depict movements into Canada … we highlight continuations of the movements in the northern Great Plains into Canada, in this case as depicted on the CASFW Foxwarren, Manitoba radar, as visualized in RadarScope. Note that the general direction of these movements, highlighted in the right panel below showing radial velocities (relative to the radar station in the center, with greens moving to red) generally from south to north and slightly west of north, aligns well with the direction of birds in the live migration map and the prevailing favorable winds in the Dakotas and to the north of the border.

Team BirdCast looks forward to collaborations that can extend the forecast models and live migration maps into Canada, since migrating birds know no boundaries!