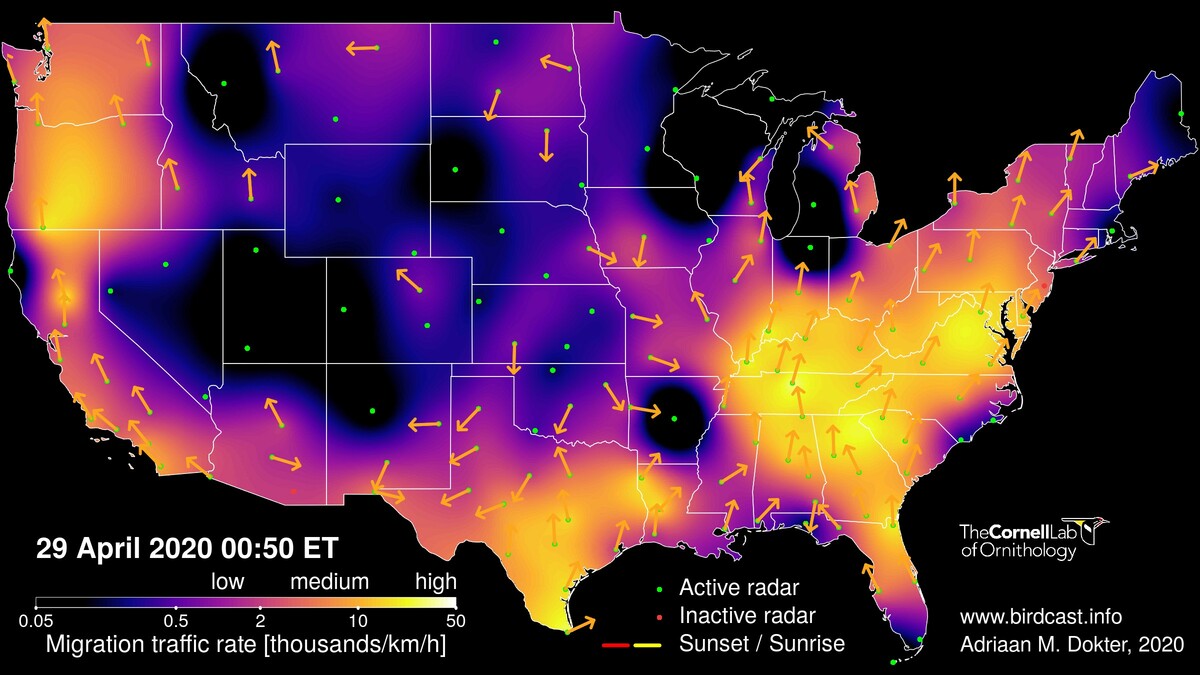 The live migration map for 28-29 April 2020, highlighting movements underway as a frontal boundary marches toward the Gulf Coast. Note that migration intensity is dramatically dampened in the wake of this boundary, which in the map above is most evident from the Texas panhandle north and east into the Great Plains. The position of the front several hours later, in the image below visible where blocky and irregular patterns of precipitation appear, shows marked progress toward the Gulf of Mexico.

A line of intense storms approaching the western Gulf Coast will make for interesting and challenging conditions for inbound trans-Gulf migrants. The strength and the timing of frontal passage, as well as its projected extent over water, suggest potential for larger fallouts farther south and west along the coast, in addition to those fallouts that occur farther north and east. One potential difference between these two broad regions will be species composition of the fallouts, with landbirds dominating farther to the south and west, and shorebirds and water birds dominating farther north and east. Additionally, large concentrations of diurnal and continuing migrants like Chimney Swifts, swallows, and Franklin’s Gulls will likely appears in significant numbers along the Texas coast after winds shift to the west and to the north, for those watching from home (everyone!).

Note, as the frontal boundary moves into the Gulf, potential increases in the coming 24-48 hours for fallouts east of New Orleans through the Florida Panhandle. We will be updating this post as potential and forecasts for these conditions become clearer.