The live migration map for 1240EDT showed birds moving over the Texas and Louisiana coasts toward the north-northwest. 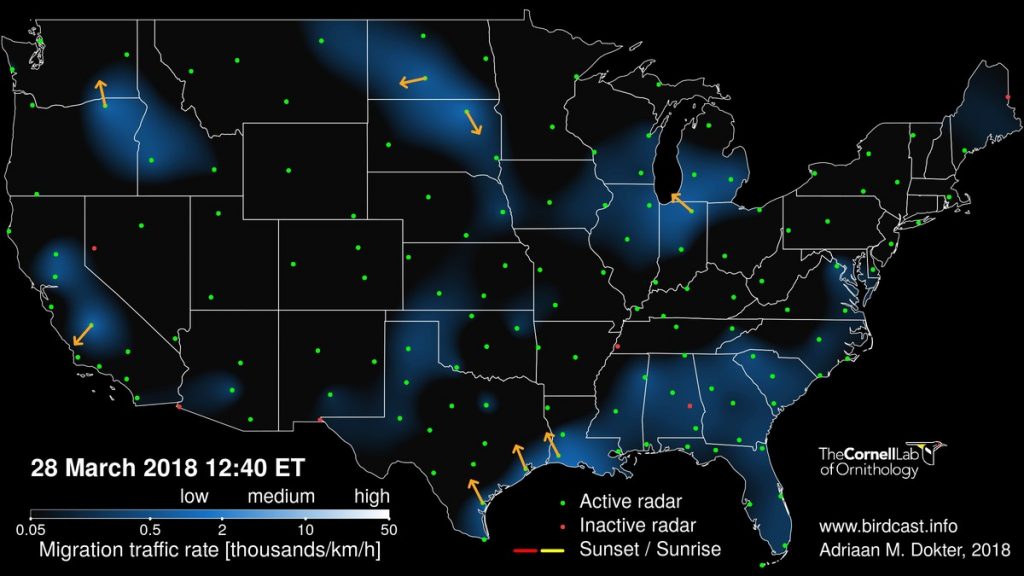 A quick look at the raw radar data for a similar time period (a bit later in reality) finds the characteristic patterns of trans-Gulf migrants offshore, represented below by the light blue stippled patterns over the Gulf of Mexico. Note also the intense precipitation in eastern Texas, which will stop all those inbound migrants as soon as they approach the stationary front.