Thanks to a partnership effort, the Lights Out Texas initiative and pilot project made a lot of exciting news during the Fall of 2020. This initiative was led by the Cornell Lab of Ornithology, Texas Conservation Alliance, Dallas Zoo, the Perot Museum of Nature and Science, Houston Audubon, Texan by Nature, and many others. Mayor Johnson issued a proclamation declaring “Lights Out Nights” in Dallas last Fall.

For Spring 2021, these groups unified efforts across Texas for even bigger impact.

U.S. bird populations are declining rapidly, with 1 out of every 4 birds lost since 1970. An estimated one billion U.S. bird deaths occur annually from collisions with buildings and structures, with migratory species at most risk. Attraction and disorientation resulting from light pollution concentrate migrant birds in cities. Birds are then doubly at risk for collisions and detours nocturnally, and collisions with reflective glass in commercial and residential windows.

Birds are essential to our planet’s ecology – and local economies. Birds provide ecosystem services, act as benchmarks for environmental health, increase livability, and connect people of all ages and abilities to the natural world. Birds also support the Texas economy. In the Rio Grande Valley alone, Texas A&M found that nature tourism – which is dominated by bird watching – contributes $300 million to the economy and supports 4,407 full and part-time jobs annually.

Here’s How YOU Can Make a Difference:

Building owners, businesses, developers, and homeowners can help protect migrating birds by turning off all non-essential nighttime lighting on buildings and other structures from 11:00 p.m. to 6:00 a.m. each night. You can also find out more, here, about bird friendly designs, especially important for reducing window collisions. 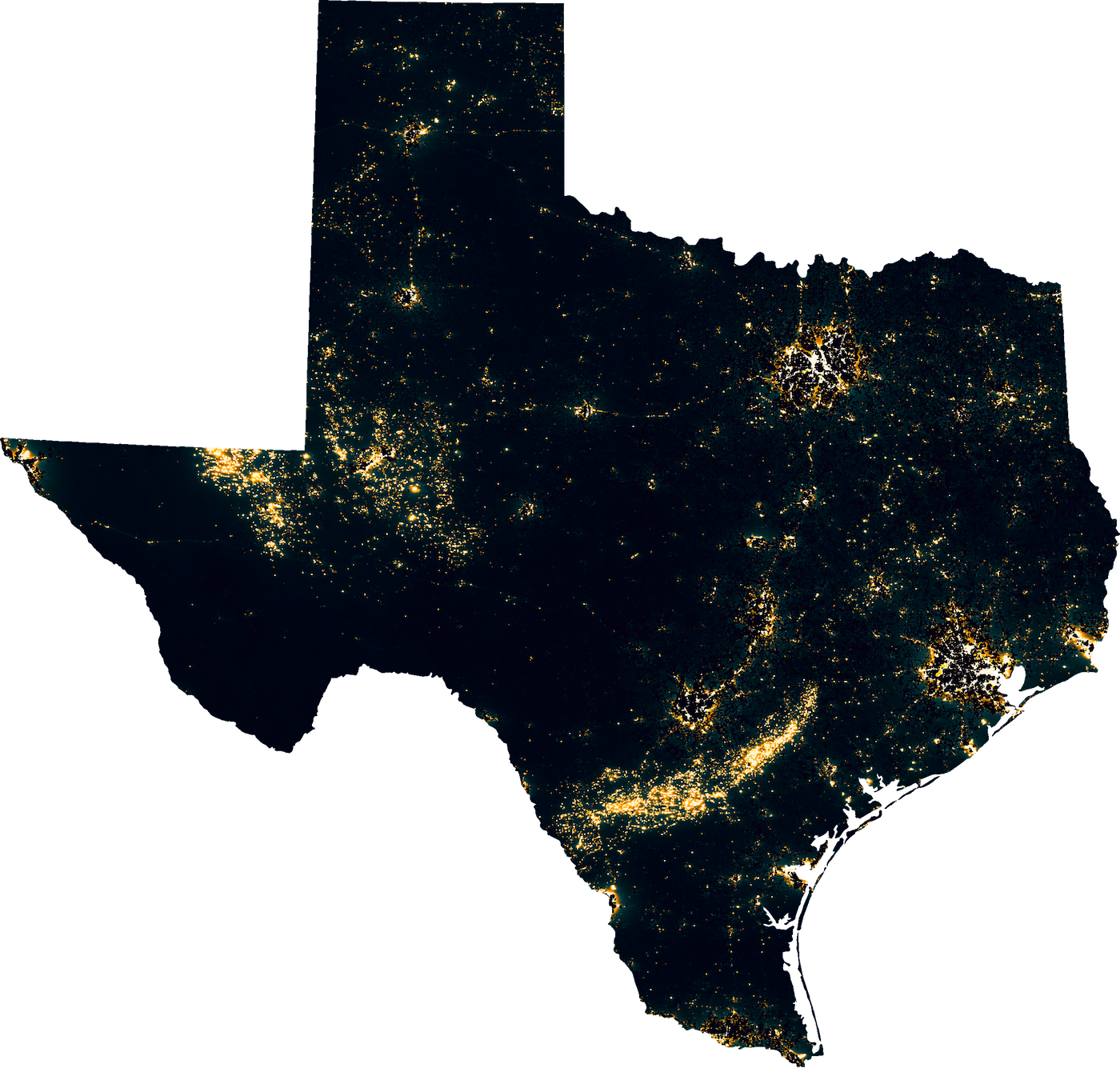 Tim Wallace produced this image of light pollution in Texas. Note that unlike other imagery depicting light pollution, his effort focused on adjusting such data for population, revealing areas that create an outsized amount of light pollution per capita. Of course, this image highlights the brightly illuminated urban areas of Houston and Dallas in eastern Texas.

More in this section